Undoubtedly the most popular Mexican artist in the world, Frida Kahlo left her mark on art history through poignant works and moving self-portraits. This week, KAZoART takes you into the world of this fascinating Mexicana creative and reveals 10 little-known facts about her life!

Frida Kahlo as the ultimate muse on KAZoART 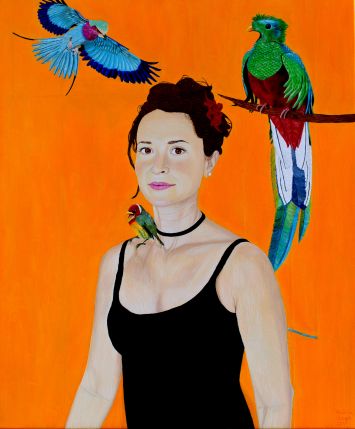 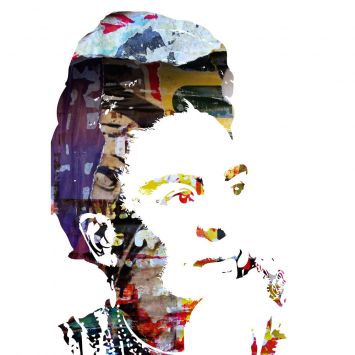 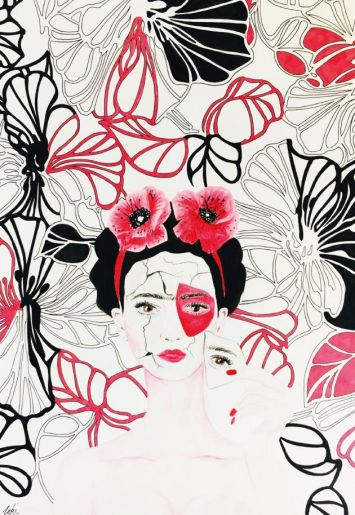 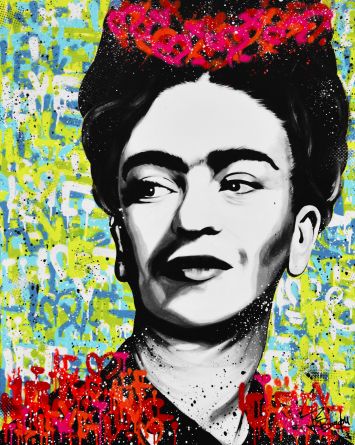 2. She had a controversial birthday

Oh Frida, a real rebel. Although her birth certificate states that she was born on July 6, 1907, she holds that she was in fact born on July 7, 1910. This was no arbitrary choice. The year 1910 coincides with the Mexican revolution that lasted a decade. Deeply patriotic, Frida Kahlo always sought to be a voice for the oppressed. Her decision to contest her birth date was a politically-charged one and was not done to simply make her appear younger.

3. She dreamt of being a doctor

Before she began painting, Frida had a dream: to become a doctor. Her father was a photographer that piqued her interest in the arts from an early age. But this was always secondary to her desire to practice medicine.

Frida was an excellent student but was stricken by polio at the age of 6. This disrupted her childhood and made her unable to use part of her right leg. What’s more, her right foot stopped growing. Her classmates nicknamed her “Frida la coja” or Frida the gimp.

Despite setbacks, Frida was admitted into a prestigious Mexican school at the age of 16. She was one of 35 accepted students out of 2,000 applicants.

4. She was stricken by tragedy

The hardships could have stopped there for Frida. But at the age of 18, everything changed. While on a city bus with her boyfriend, they were victims in a terrible accident. Colliding with tram, many of the passengers, including Frida Kahlo, were seriously injured.

Her abdomen was pierced by an iron bar. She was in the hospital for months and underwent close to 30 operations. The one who had originally intended to care for others had to spend the rest of her life as a patient.

5. She remains the queen of self-portraits

Frida Kahlo’s disability forced her to relinquish her ambitions of becoming a doctor. Her salvation? Art. In an effort to help their daughter cope with her accident, her parents ordered a custom-made easel that she could use while lying down. This helped protect her fragile spine.

Self-portraits hold a very important place in her work. They account for about 55 of the 150 works she painted. By making herself the subject, she expresses her suffering. Painting thus becomes a voice of her pain.

It is out of the question for her to hide her fears, which are an integral part of her life. Other artists such as Van Gogh or Rembrandt also depicted themselves in fragile or extreme conditions, leaving no doubt about the fragility of their mental health.

6. She was a politically-engaged woman

In 1928, as her health gradually improved, Frida Kahlo joined the Mexican Communist party. Her country’s politics were unstable at the time and she decided to make her contribution. In 1937, she offered political asylum to the Communist revolutionary Leon Trotsky and his wife.

Her objectives were clear: she wanted to improve the condition of Mexican women. She fought for their emancipation. In a patriarchal society, she sought to be the voice of the oppressed women.

She quickly took on the role of a “modern woman” and was no longer ashamed of her bisexuality. Using painting as a means of conveying her political messages, she boldly advertised her anti-American stance in her Self Portrait on the Border between Mexico and the United States in 1932.

7. She was in love with Diego Rivera, and then some

Despite her difficult condition, Frida Kahlo’s love life was far from calm. Diego Rivera, a Mexican artist, was the love of her life but for Frida, love does not indicate fidelity. The same, however, went for Diego. It was later discovered that he was having an affair with Frida’s younger sister.

It was rumoured that Frida Kahlo also had an affair with Leon Trotsky. But that’s not all, she and French artist, Josephine Baker also had an affair. By the middle of the 20th century, Frida was a polyamorous pioneer, free of complexes.

To those who see Frida as a handicapped, neglected, unattractive woman, think again. She was and is a beauty icon, especially in her time. A strong, avant-garde woman, a muse, a model, and a leader for many women to look up to. It’s of no surprise that she became a source of inspiration for artists and stylists.

Her face is a masterpiece in its own right. She designed her own hairstyles, adorning them with strands of wool, coloured ribbons and flowers. Red lips, one unibrow (highly accentuated in all of her paintings) and a confident look on her face, no one can remain indifferent to her ultra-individual style.

Frida Kahlo’s work also questions the relationship between women and their bodies. First hers was struck with sickness. Then her abdomen muscles torn. This left her barren, unable to conceive a child.

9. She rarely cracked a smile

Frida Kahlo generally displays the same emotion in her self-portraits. Usually depicted from far away, she never appears to be smiling. The reason why? She apparently hated her smile and her teeth.

This Blue House has become a must-see in Mexico. Now the Frida Kahlo Museum, Casa Azul is located in the centre of Coyocán. It is the place wherein she came into the world in 1910(?) and left the world in 1954. Her ashes sit on her bed in an urn that is shaped like her face. So Frida.

Frida Kahlo as the ultimate muse on KAZoART