In honour of Pride Month we’re celebrating artists from the past and present who have redefined our perspective of gender and sexuality. Committed to promoting artists that colour outside the gendered lines, KAZoART looks at the trailblazers who did and are doing the most to normalise gender fluidity, body positivity and queer culture in art. 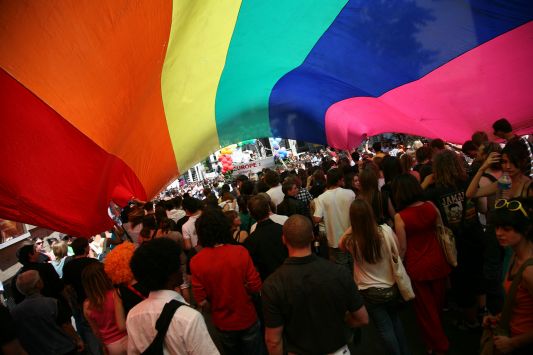 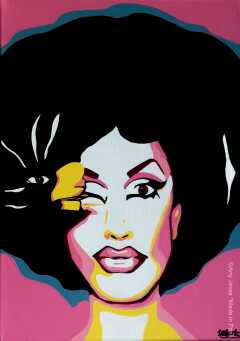 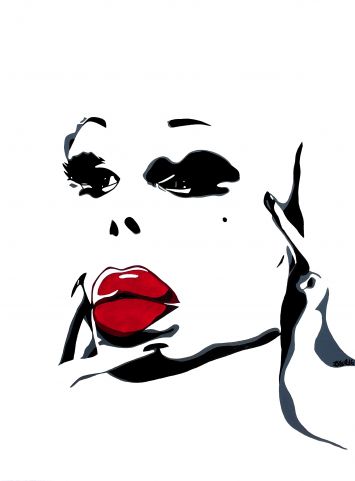 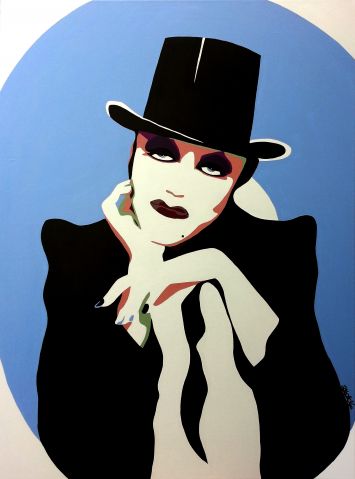 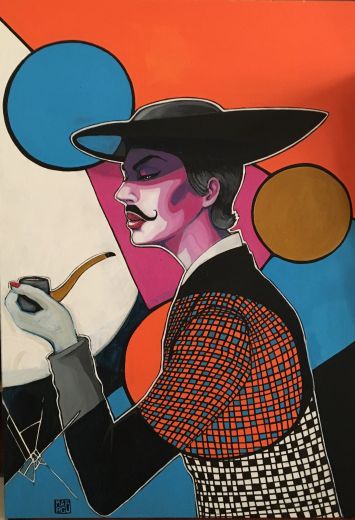 Kehinde Wiley’s steady rise to fame was accelerated upon his commission to do Barack Obama’s Presidential portrait. Drawing stylistic inspiration from the Old Masters, his style is a hybrid of Urban, French Rococo and Western African art. He is known for depicting young African-American men in typically feminine classical poses. His exhibition featuring Tahitian trans-gender women delivers the inclusion Gauguin’s art did not.

An artist far ahead of her time, Frida Kahlo refused to play the gender game. She was a non-conformist who preferred to see herself as an individual rather than as a man or woman. Known to dress in her father’s suits and have extra-marital affairs with both men and women, she was a queer, Mexicana, Surrealist, polyamorous queen with a multi-faceted identity.

Acquiring a taste for the West coast in the early 1960’s, David Hockney began his career by painting scenes of his everyday life. Gay in both senses, his works are cheery, feel-good compositions that usually feature his male lovers. At a time when homosexuality had just been de-criminalised in the U.K., Hockney was flooding the art scene with tanned, sculpted bodies and sensual peeks into his pastel-coloured world.

Practising classical figure painting, Jenny Saville’s portrayals are highly atypical. Re-establishing our idea of what constitutes as beautiful, the artist paints women with non-idealised bodies. That is, women who are overweight, scarred and blemished. Her larger-than-life canvasses and heavy brush strokes make for imposing yet vulnerable portraits with no set focal point. Fleshy and intimate, Saville broadens our definition of the female nude in art.

Marcel Duchamp, the controversial genius behind The Fountain, was an integral part of the Dada movement in the early 1920’s. Duchamp’s friend and fellow Dada artist, Man Ray photographed him as his feminine alter-ego, Rrose Sélavy. When pronounced in French it sounds like “Eros is life” or “Love is life”. Like a pre-cursor to drag culture, Rrose Sélavy worked her angles, let her non-binary creativity shine and rode the gender spectrum before it even had a name.

In 1981, Andy Warhol and friend Christopher Makos shot the “Altered Images” series wherein Warhol was in drag. As an homage to Duchamp and his aforementioned alter-ego, Warhol explored his feminine side with a set of fierce poses taken with a Polaroid. It goes without saying that Warhol’s photos in drag should be hung next to the images of female celebrities he turned into silkscreen masterpieces.

At KAZoART, we understand the important role art plays in shaping society’s view of gender and its many forms. Art doesn’t have to be binary, ambiguity makes it all the more intriguing!