Shepard Fairey, aka Obey, is considered one of the most influential street artists in the world, and is a figurehead of urban art. After rising to fame ten years ago with Barack Obama’s accession to power, he has asserted his style and colors on walls across the globe. Today, Art in 60 Seconds tells you everything you need to know about Shepard Fairey in the blink of an eye! 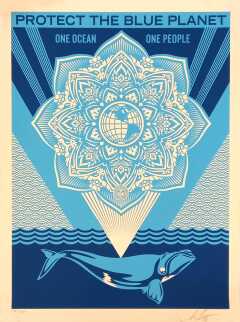 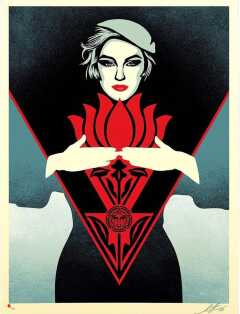 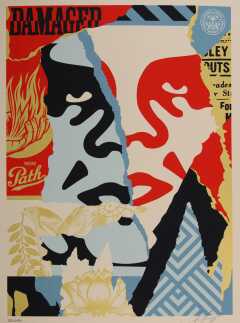 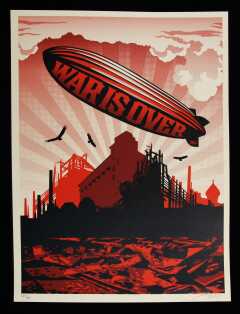 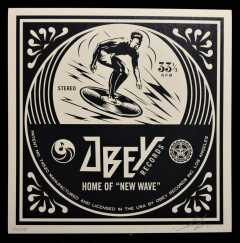 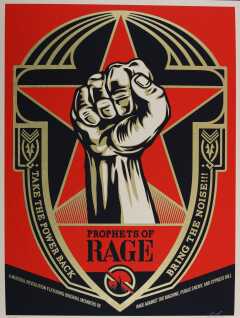 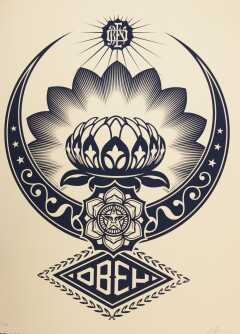 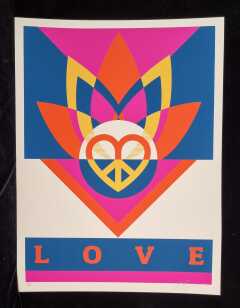 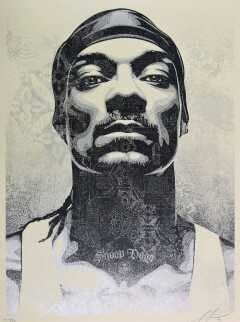 …is a huge fan of hip-hop

Born in 1970 in Charleston, USA, Shepard Fairey has always been a huge fan of hip-hop counterculture and the world of skateboarding. Already at the age of 14, he was painting t-shirts and skateboards. Through his art, he takes on advertising and public authorities, distorting road signs and billboards.

It was in 1989, at a skateboarding event, that he first revealed the image of a French wrestler named André Roussinof, aka Andre the Giant. This iconic figure would become a true phenomenon and launched Shepard Fairey’s career. With a group of friends from the Rhode Island School of Design, he created a series of stickers and posters, which he put up all over the United States illegally. This underground viral campaign became a key staple of street art.

In 2008, Shepard Fairey found himself under the world’s spotlights when, during the US presidential campaign, he created a poster of Barack Obama that became a veritable icon. The poster, which went viral, depicted the future president of the United States in the colors of the American flag, emblazoned with the word “HOPE” in capital letters.

… The “hope” of seeing a black man in the White House. It was in part thanks to Fairey that Obama experienced such powerful renown and, once he became president, Obama thanked the artist personally for his influence on the presidential elections.

… is a king of marketing

As well as being a famous artist, Shepard Fairey also works in marketing. Alongside his wife, he runs Studio Number One, an advertising agency in Los Angeles. He was notably behind the album cover for Monkey Business by The Black Eyed Peas as well as the poster for James Mangold’s film Walk the Line, released in 2006.

Taking inspiration from Andy Warhol and Alexandra Rodtchenko among others, Obey has made the most of his collaborations and found a good balance between activism, irony and current trends in his street art.

“I’ve never really considered myself just as a street artist. I consider myself a populist.”

Like many street artists, Shepard Fairey hasn’t escaped the long arm of the law. On several occasions he has been arrested and taken to court for his underground activities, including his graffiti and questionable use of other peoples’ images.

Interestingly, the photographer behind the portrait of Obama was never credited or cited in any form, despite Fairey publishing copies throughout the United States… These arrests have never put the artist off, however, and his popularity has continued to grow. In fact, his legal troubles have even had the opposite effect and doubled the number of visitors to his exhibitions!