Post-war sculptor Alberto Giacometti stood out among his contemporaries through his singular brilliance, unparalleled skill and artistic madness. Known for his gripping, spindly sculptures, this artist shaped the way sculptors treat the human figure. KAZoART gives you everything you need to know about the artist who was always “covered in plaster”. 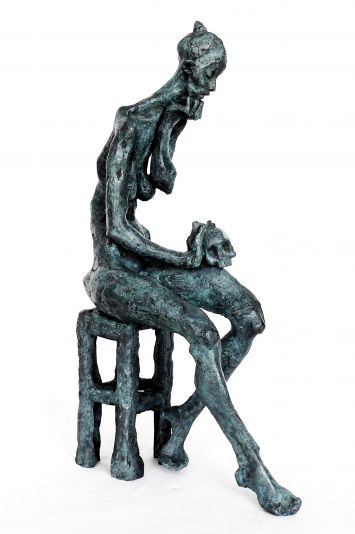 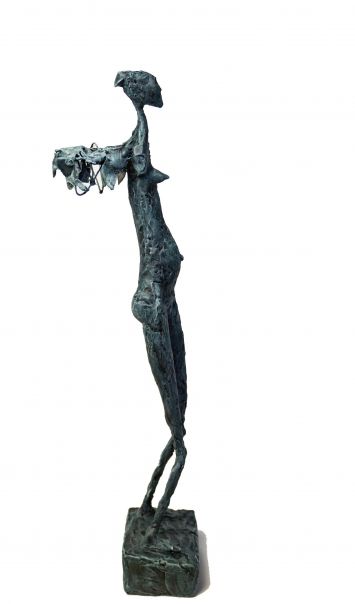 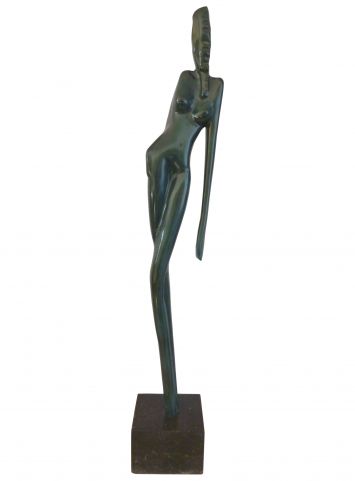 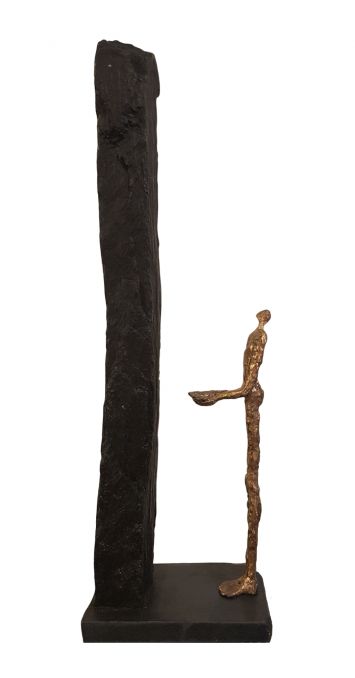 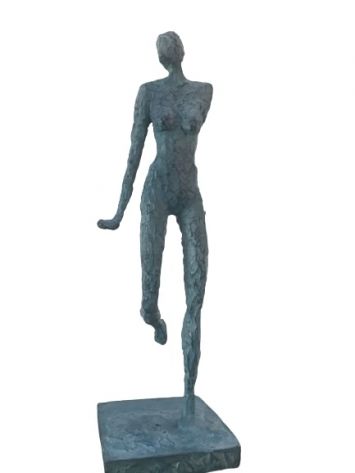 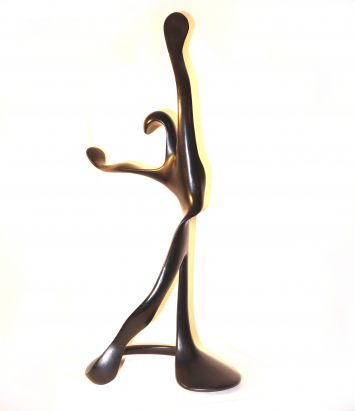 1. Art runs in the family

Alberto Giacometti was always surrounded by artists. His father, Giovanni, was a successful post-impressionist painter who encouraged his endeavors. At the age of 12, he completed his first painting.

The family’s creative streak even extended to Alberto Giacometti’s godfather, Cuno Amiet, who was a Fauvist painter. What’s more, his two brothers, Bruno and Diego were also heavily involved in the world of artistic creation as the former was an architect and the latter was a designed and eventually became Alberto’s main model.

Residing in Switzerland, he studied sculpture at the School of Fine Arts in Geneva before moving to Paris, where he remained. Alongside Antoine Bourdelle, he perfected his sculptural techniques. It should be noted that Bourdelle was a student of Auguste Rodin!

Giacometti’s first works are clearly in a Cubist style that are marked by the influence of Greek and African art.

2. Giacometti: one of the only sculptors recognised by the Surrealists

1929 was a turning point in Alberto Giacometti’s career. He met André Masson and Jean Cocteau and shortly thereafter joined the tight-knit circle of Surrealists. Cocteau and Masson examined Giacometti’s La Tête qui Regarde and saw in it, a totally original style. Giacometti joined André Breton’s movement in the 1930’s.

Then began a period of rich and prosperous networking for the young artist. Giacometti was interested in the Surrealist process and its ability to tell a story. Not only did he sculpt in the Surrealist manner but he also painted and published texts in Le Surréalisme au Service de la Révolution.

A very active of this Breton-led group, Giacometti quickly rose among their ranks and became the most renowned Surrealist sculptor. During this period his art and the thematics from which he worked were very dark, often centering around violence and emptiness. As the years passed, the artist gradually detached himself from this movement. He even ended up destroying some of his achievements, which he later realised was detrimental.

3. Passionate about the human form

1935 marks Giacometti’s return to figurative art. Breaking from the Surrealists, the artist begins to focus all of his energy on the human figure. Drawing and sketching plays a prominent role in his work since they are part of the essential steps that must take place before a sculpture is formed.

When making rough sketches of the streets of Paris, the artist began to question the sculptural representation of the human form. His figures thus became longer and spindlier, resembling less and less an actual human body.

From 1935 and onwards, he never left his studio on rue Hippolyte-Maindron, which had been occupied since 1927. Until his death, he continued to create, sculpt, paint and draw in this confined space to which he felt unparalleled affection.

He created minimalist sculptures – some of which can be nestled into matchboxes while others were of colossal dimensions. Defined as one of the main modern post-war sculptors, he stands out with his strong albeit bold personality. But what do we remember most about him? His slender silhouettes with streamlined bodies that look so familiar yet alien. That is the magic of Giacometti.

Artistically I am still a child with a whole life ahead of me to discover and create. I want something, but I won’t know what it is until I succeed in doing it.

After having defined his polymorphic style through sculptural and pictorial achievements, Alberto Giacometti achieved international recognition in 1962 when he won the sculpture prize at the Venice Biennale!