Oh how brief it was, the life of Amedeo Modigliani. And yet, from this possibly-cursed artist, came some of the most unique works of 20th century art. Bold nudes, intriguing figures and even sculptures, it was all the fruit of a healthy imagination that thrived despite poor physical health. Art in a Minute brings you the important points about this artist of talent and tragedy. 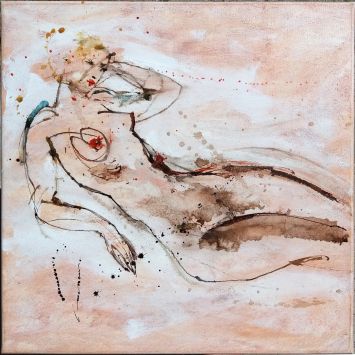 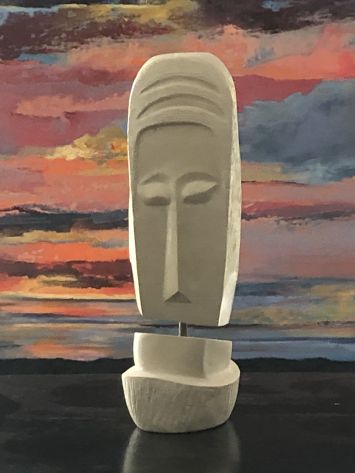 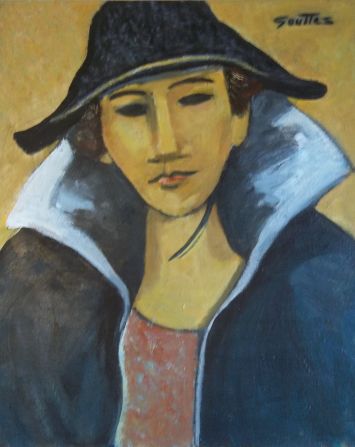 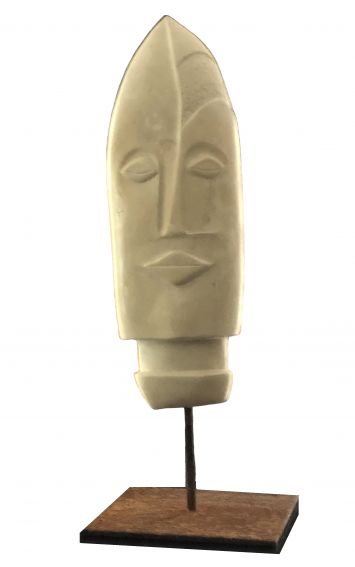 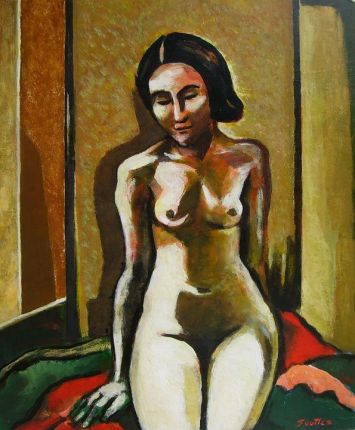 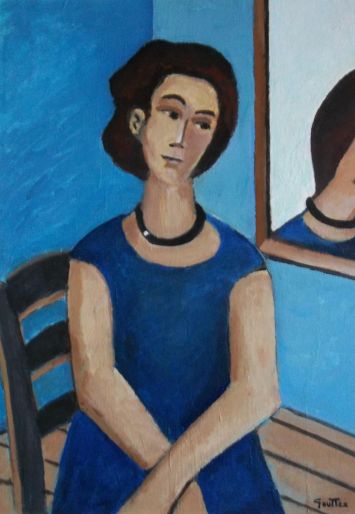 …a sculptor before a painter

Before embarking on his career as a painter, Modigliani was first and foremost interested in sculpture. On the advice of his friend Constantin Brâncusi, he set up his workshop at the Cité Falguière in Montparnasse. It was in Paris that he evolved artistically as he began to exhibit his work.

The irony is lost on Modigliani, the fragile man whose first love was sculpture. Suffering from typhoid at the age of 14 and then pleurisy at the age of 16, he had difficulty withstanding the dust while sculpting. From 1914 and onwards, he devoted himself exclusively to painting in order to preserve his already weakened health.

…the artist behind enigmatic portraits

Although his time on earth was brief, the portraits he created are just as fascinating now as they were at the beginning of the 20th century. It was not only his subject’s intriguing faces that made him famous but also his style of nude painting.

His style is quite recognisable: long faces, almond-shaped eyes, frozen expressions, almost as if there were masks over the subjects’ real faces. They take on the forms of “primitive” art. And in the end, it seems that his mother was right when she wrote in her diary in 1895:

His manners are those of a spoiled child who does not lack intelligence in the slightest. We will later see what is in this chrysalis, maybe he will be an artist?

…arrested for his “outrageous” nudes

Modigliani’s nudes are a major part of his repertoire. But the public’s reactions to his paintings were not what he hoped for. In 1917, Modigliani entrusted the responsibility of his business to Leopold Zborowski, who suggested to the art dealer Berthe Weill that they organise an exhibition in his Paris gallery. This was a real godsend for Modigliani who wanted his paintings to be both admired and bought.

Unfortunately, nothing went as planned. The opening was interrupted by the police barging in after seeing the scandalous nude works on display. What made them so scandalous you ask? They had hair! Such was the report of the police commissioner to the gallery owner. The paintings in question were removed and the remaining works were allowed to stay. That said, Modigliani didn’t end up selling any paintings after the commotion.

One day he said…

With one eye, observe the outside world, with the other, look deep inside yourself.

Modigliani was known to have a rather hard-to-read personality. The artist of Italian origin had two distinct temperaments. He was charismatic, caring and even seductive when he was sober. On the other hand, his penchant for drugs and alcohol made him violent and tyrannical when under the influence. Perhaps it was to numb his pain.

Modigliani died in 1920 as a result of tubercular meningitis. Two days later, his wife, then pregnant with their second child, threw herself out the window of their fifth floor apartment. This was a tragic end to his short legacy. In spite of his lamentable fate, Modigliani sits among the legendary figures of 20th century art. Today, his art some of the most sought-after on the market.