An outstanding creative who was always on the quest to capture movement, the work of Edgar Degas occupies a special place in the repertoire of Impressionist art. Depicting scenes of everyday life and sublimating ballet dancers, his oeuvre teems with an unmatched ingenuity and technicality. Uncover the details of his life and career with KAZoART’s Art in a Minute.

…considered to be one of the founders of Impressionism

It is impossible to discuss the Impressionist movement without mentioning Degas. Although his relationship with some of the fellow Impressionists was strained, he remains an essential figure amongst the elite realm of art revolutionaries. Organising several Impressionist exhibitions, the first was held in 1874.

That said, he remains a notable character amongst his respective movement. While his contemporaries mastered outdoor painting and pictorial improvisation, Degas never recognised himself as an Impressionist and left no room for improvisation. He would spend years working on paintings, leave them for many more years and then return to them and complete them.

Degas’s technique was distinguished by his elegant brushstrokes, the use of artificial lighting and a semi-adherence to the classical traditions that served as his endless sources of inspiration. At first an admirer of Parisian life and its crowded cafés, busy streets and alluring architecture, he gradually withdrew from Impressionist subject matter and its colour palette.

He then devoted himself to other subjects of modern life that would come to define his style: ballet dancers, women in dressing rooms and jockeys on the racecourse.

…inspired by ballet dancers, of course

Throughout his career, Degas’s artistic exploration was driven by his search to capture movement. And what better way to illustrate movement than through dance? At the time, ballets and operas were a favourite pastime of the Parisians. Madly inspired by ballerinas, Degas worked tirelessly to paint a large number of works using this motif. These paintings depict the dainty elegance of the dancers.

For many of the young women, dance was the only way out of poverty. Under the gaze of the wealthy men in the capital city, they tried to alleviate their misery. Degas carefully studied their attitudes and behaviour. As a voyeur, he paid attention to how they styled their hair, their stretches and warm-ups, and how they interacted with one another. He captured the smallest of gestures with an unprecedented artistic charm.

But from where does this semi-obsessive fascination with the female figure come? It was not in fact, out of personal interest that he painted ballerinas. Rather, for the wealthy patrons who saw his work as eye-candy. Degas actually enjoyed solitude and is said to have been single for his entire life!

Known for an explosive temper, Degas found it difficult to get along with his contemporaries. Becoming progressively isolated partially due to his heavy involvement in the Dreyfus affair, he also suffered from visual disorders from 1870 onwards. This handicap greatly affected his work ethic as sketching and painting became increasingly impossible.

In an attempt to keep his creative spirit alive he began a new artistic practice: sculpture. It quickly became his passion and allowed for him to continue capturing movement through art.

Oil painting requires a great attention to detail, an attention that Degas could no longer devote to his works. In a constant search to maintain a steady artistic growth and development, he even tried his hand at photography between 1895 and 1896. His artistic career came to a close in 1911 when he lost his sight completely.

Art is not what you see, but what you make others see.

Before becoming one of the greatest painters of the 20th century, Degas studied law for a short time and frequented the Louvre. As a young draftsman, he perfected his techniques by copying Renaissance masterpieces. In 1853 he became an official copyist for the Louvre while he completed his studies at the École des Beaux-Arts. He was deeply moved and inspired by the works of Dürer, Goya, Veronese, and Rembrandt. 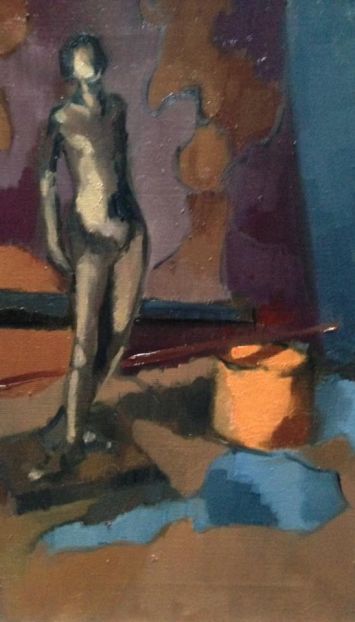 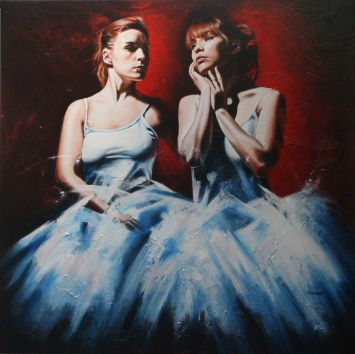 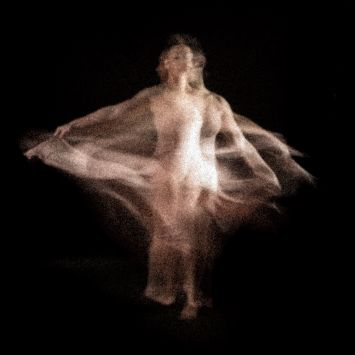 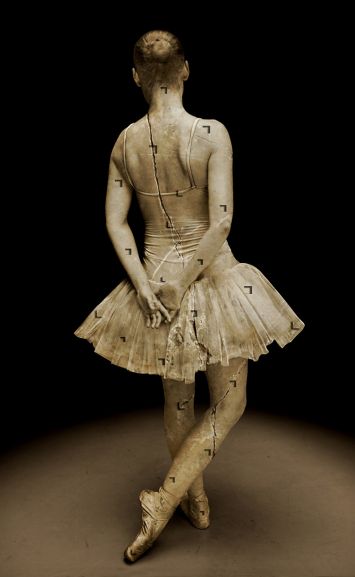 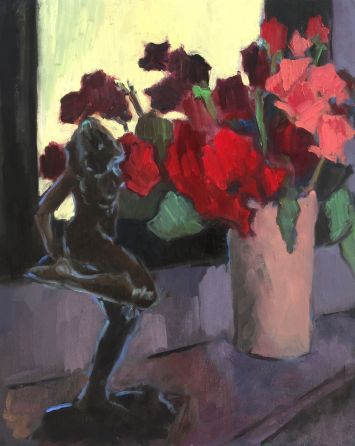 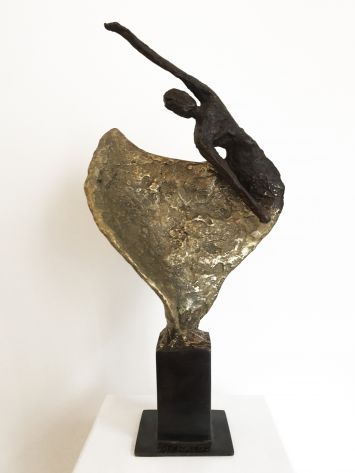