The Demons and Genius of Francis Bacon Slaughter houses, deformed faces, bleak backgrounds, cages, and conflicted sentiment. Such are the themes in Francis Bacon’s lurid work. He rebelled against the artistic trends of the time and painted his truth. That is, a dark, tormented matter found within. This week, KAZoART brings you closer to the life of this artist of terror and universal suffering. 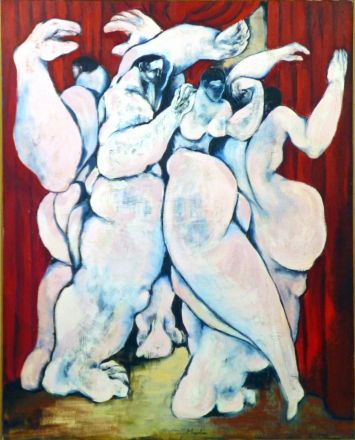 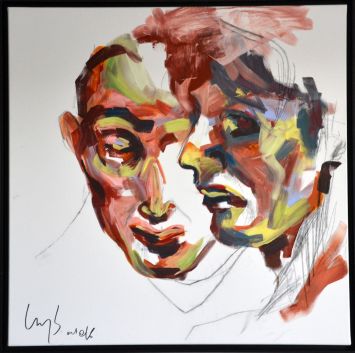 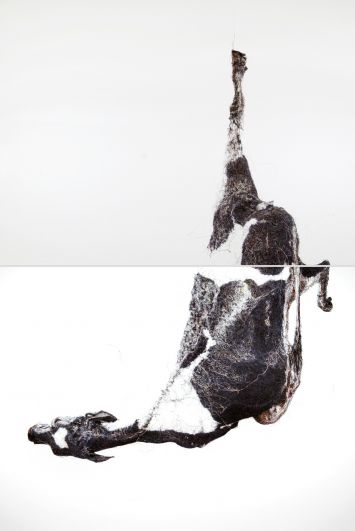 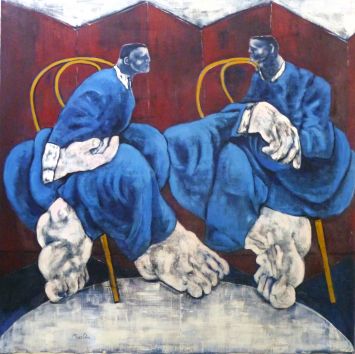 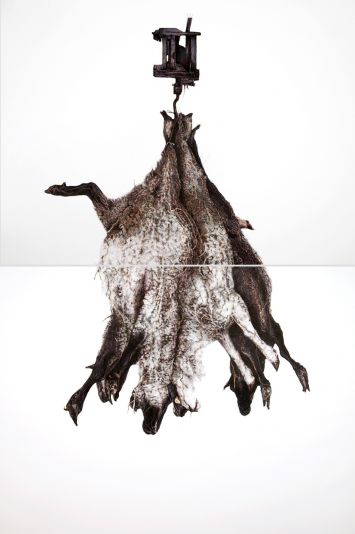 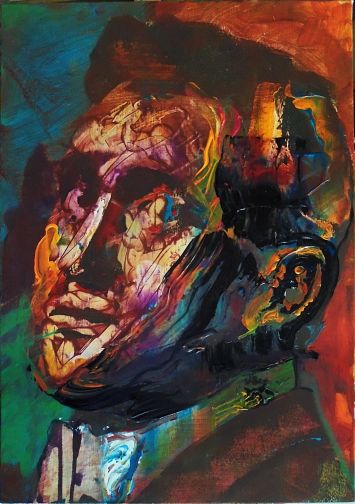 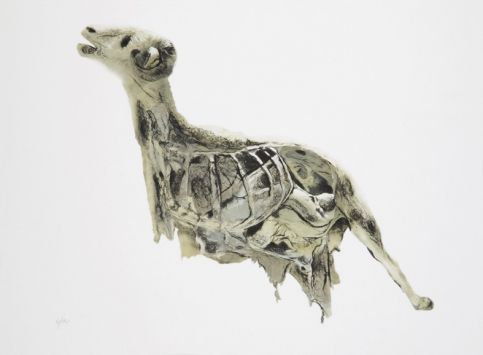 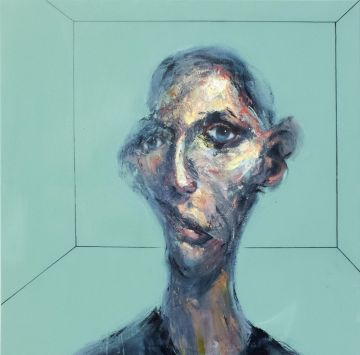 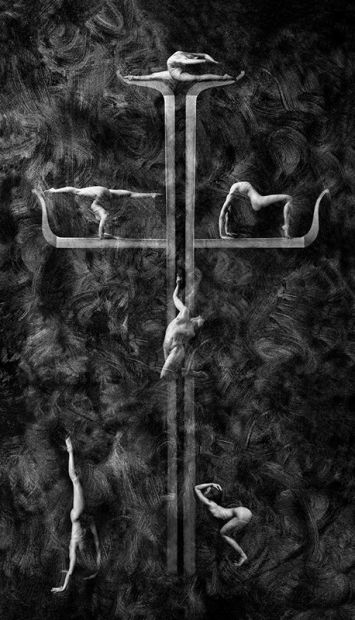 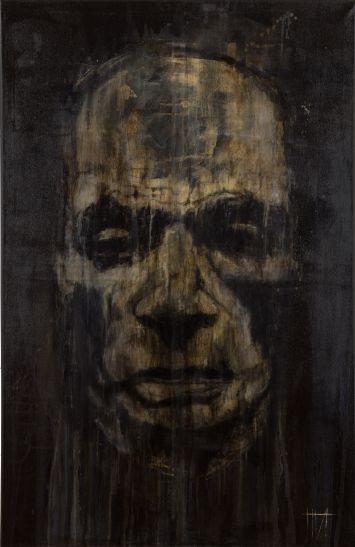 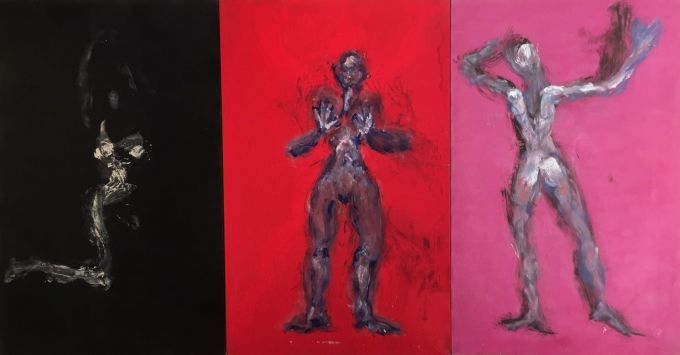 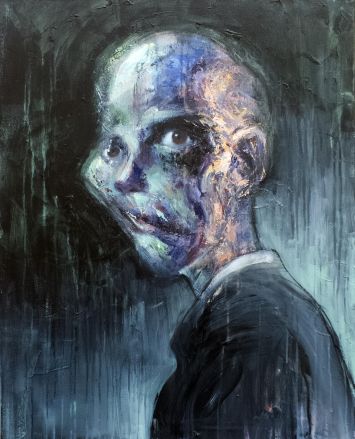 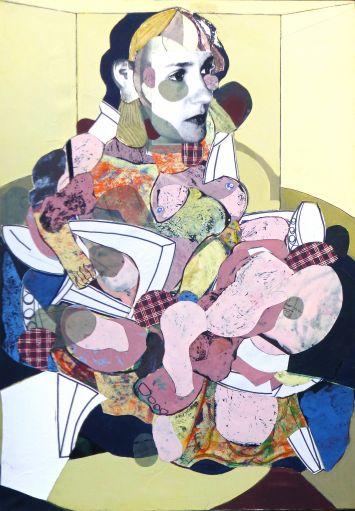 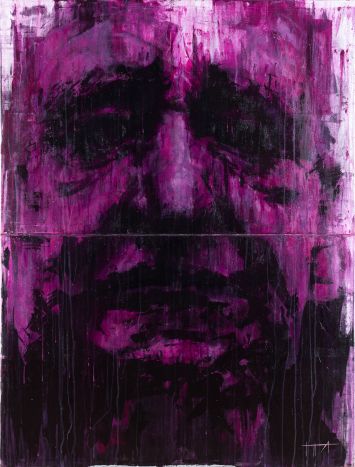 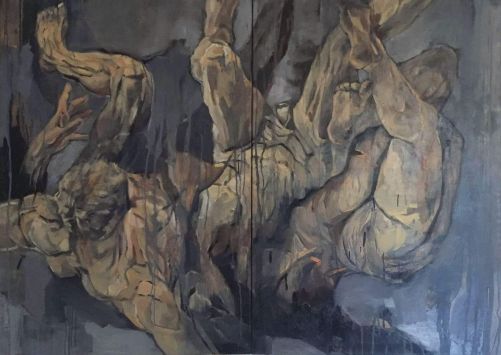 …the namesake of the philosopher, Francis Bacon

Born in Dublin, Ireland to English parents, Francis Bacon was a “collateral descendant” of the renowned 16th and 17th century philospher. As for the artist, his childhood was marked by conflict largely due to his parent’s disapproval of his sexuality. At the age of 16, he was forced to leave home.

Following his “emancipation” of sorts, the young creative drifted between London, Paris and Berlin. Upon his return to London, Bacon immersed himself in the underground gay culture while also rubbing shoulders with cultured intellectuals. Known to charm older men, he made contacts in the art world by mingling amongst rich patrons.

In 1935 he was excluded from the International Surrealist Exhibition as his work was deemed “insufficiently surreal.” His professional career began in the early 1940’s. Becoming increasingly fascinated by Picasso’s biomorphs, Bacon went on to paint Three Studies for Figures at the Base of a Crucifixion. Following its reveal, he was launched into the artistic spotlight as the greatest Post-War artist in Britain.

…in love with the man who robbed his house

Their first encounter was anything but casual. George Dyer was a rough London criminal from the East-End who was caught breaking into Bacon’s home. The two became lovers. Dyer was younger than Bacon and clung to his side, impressed by his fame and self-confidence. The relationship was co-dependent; fueled by alcohol, gambling and partying.

George Dyer was a prominent figure in Bacon’s work. His presence became so widespread across Bacon’s oeuvre that he came to find purpose in the representations. He didn’t understand them nor did he comprehend the critics’ praise but he nonetheless welcomed the attention.

At a time when the Abstract Expressionist movement was in full swing, artists such as Rothko and Pollock rejected figuration, thinking it to be rudimentary. Bacon, however, continued painting forms. His were done in such a distorted manner that one could hardly recognise the subject.

Taking familiar motifs, he recreated them in his own macabre style. Focused on universal suffering and the terror of war, his intention was to displace the viewer by creating highly unsettling yet terribly curious images.

…a man of diverse inspirations

Francis Bacon’s first sources of inspirations were similar to those of many artists. Having been exposed to Poussin’s Massacre of the Innocents while in France, he was also drawn to the work of Rembrandt, Velasquez and Picasso.

However, he was also influenced by medical textbooks, just as Basquiat was. While in Paris, Bacon purchased a colour-plated book that described every known disease of the mouth. This book would later provide coherence for art historians seeking to analyse his work.

Although Francis Bacon’s art was always streaked with anguish, it became increasingly grim following the suicide of George Dyer. On the eve of Bacon’s first retrospective at the Grand Palais in Paris, he learned that Dyer had overdosed in their hotel room. He found him unresponsive on the toilet. Thus spawned his work, Triptych, May-June 1973, which details the moments before, during and after his death.

Bacon completed his final work in 1991 and died shortly thereafter in 1992. The final realisation preceding an artist’s death can be quite telling and vulnerable. Such was the case with Francis Bacon. In 2016, his last painting was revealed for the first time. It depicts a bull entering an abyss. This poignant representation epitomises the life and work of Francis Bacon. In terms of both his character and his art, he was a wild force to be reckoned with.

Francis Bacon insisted that his works be shown behind glass. This is not usually done as it can distort the viewer’s perception. Francis, however, wanted others to see their own reflection in the painting, giving them a more personal yet bizarre experience.

Painting is the pattern of one’s own nervous system being projected on canvas.

When examining a painting, viewers are naturally drawn to the subject’s eyes. Bacon would often under-detail or completely omit his subject’s eyes which leaves viewers searching for a focal point. The centre of the painting inevitably becomes the gnarled, contorted mouth.