Often described as a painter’s painter, Peter Doig is the Scottish artist that some say revived the medium of painting in the UK. Depicting far away places and homey spaces, his magnetic oeuvre is coloured with mystery and a distant, removed sentiment. This week, KAZoART covers his career highs and lows in “Art in a Minute.” 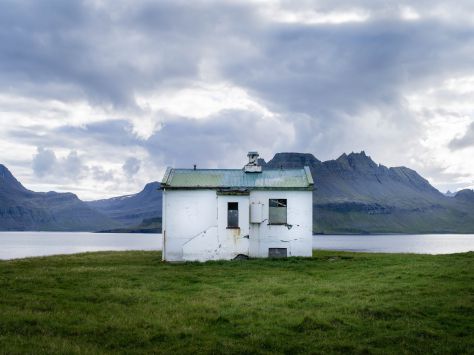 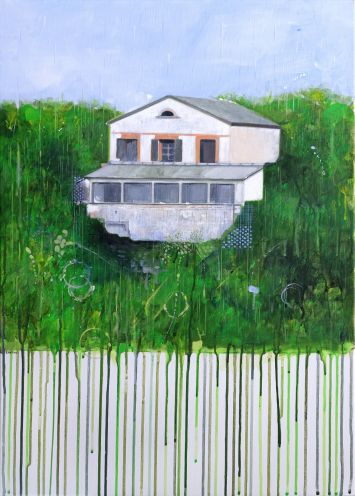 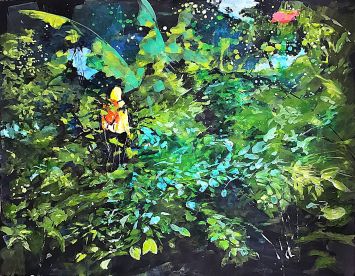 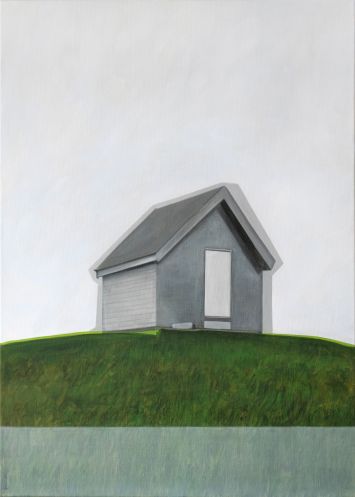 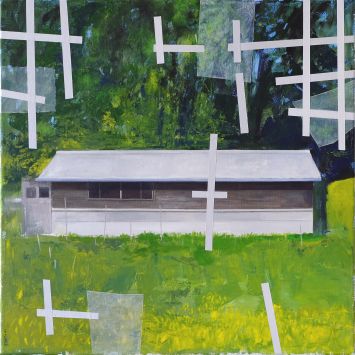 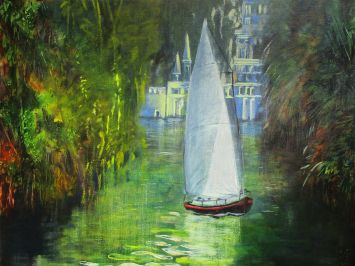 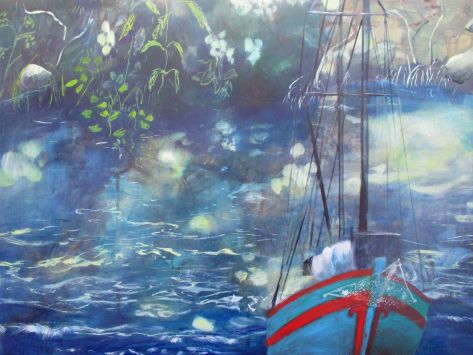 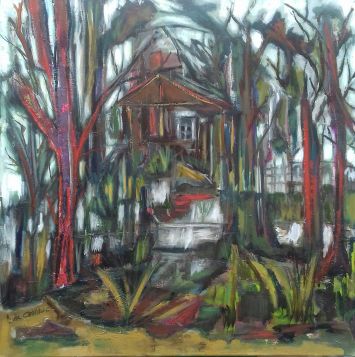 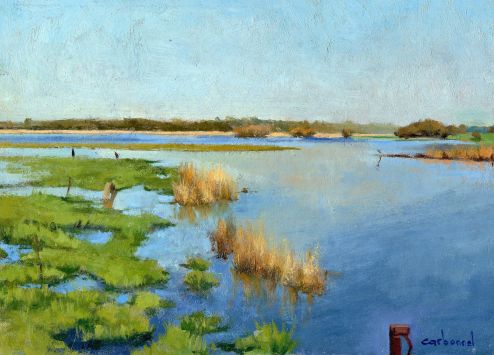 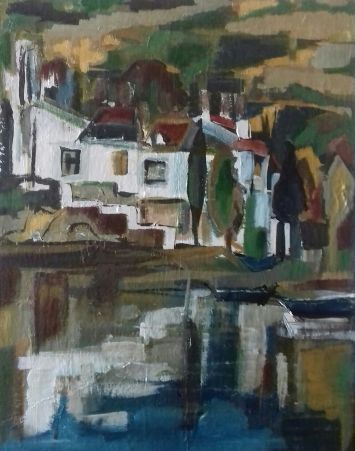 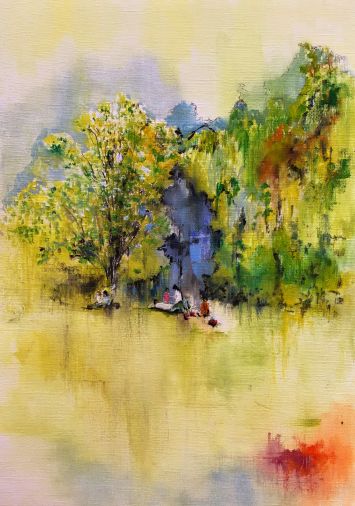 …an artist that can’t draw

Dropping out of school at the age of seventeen, Doig began working manual labour jobs. Growing tired of the lack of stimulation, he turned to his sketchbook. One would think that he would show a small amount of natural drawing ability since his father was a skilled draughtsman and his great aunt, a professional artist.

Unfortunately, this was not the case. Relentless in his pursuit, he decided to take up painting as a career. A year later, he enroled himself in Wimbledon College.

Doig recalls that during his time there, a professor held up one of his drawings and claimed that it was the “worst he had ever seen.” He managed to circumnavigate this setback by projecting photos onto his canvases. Little did he know, it was this technique that would lead to the creation of his signature style.

…inspired by the home he never had

Doig spent the first few years of his life in Scotland before moving to Trinidad with his family. Less than a decade later, they moved to Canada. On top of moving countries many times throughout his life, Doig says his family moved homes every three months or so.

This constant uprooting undoubtedly caused feelings of displacement. Interested in emitting a sense of “coziness”, Doig said he “purposefully made works that were handmade and homely looking.”

Though inviting, there also seems to be a looming tension in Doig’s scenes. Depicting homes that aren’t his own, we are on the outside looking in. Many have compared his work to that of American artist, Edward Hopper, whom Doig greatly admires. He was recorded saying that “[Hopper] not only suggests a particular scene but seems to summarise an entire film, in a very specific manner, and yet it divulges so little.”

At a time when conceptual art was king, Doig stayed true to his process. Developing his painterly technique, he had no desire to create “refined” art. After graduating, he received the prestigious Whitechapel Artist Prize in 1991.

His first solo exhibition was in a gallery where Cindy Sherman had a show on the ground floor. His paintings were “still wet” and covered in cheap plastic while Sherman’s photographs were boxed in expensive crates.

Thanks to a growing renown, his painting White Canoe sold for a record-setting £7.5 million . While most artists would be ecstatic, Doig was less than thrilled. He said he was “absolutely shocked that someone would pay so much,” and felt thwarted by the “pressure it put [him] under.”

Regardless of his distaste for the art market’s extravagance, eight-digit price tags were in his future for good. In 2014, Gasthof sold at Christie’s for a whopping £9,938,500 . Then surpassing his own auction high, a telephone bidder paid just over £21 million for his 1991 painting, Rosedale.

Currently living a calmer life in Trinidad, he paints in his studio every day and runs a film club with his friends. Many of his present works feature snow-covered Canadian landscapes that are reminiscent of his childhood. He has often been called “the artist that paints Canada from Trinidad”.

In 2016, Doig was brought to court by a former Canadian corrections officer. Partnering with Chicago art dealer, Peter Bartlow, the two claimed that Doig painted a 1976 desert landscape. Suing for $5 million in damages, the case dragged on, keeping him out of the studio for months on end. It even brought to light his criminal past when he was arrested in Canada for the possession of LSD. Eventually the court ruled in Doig’s favour. Of the trial, art dealer Bartlow called Doig a sociopath but said he “still likes his work”.

“I never try to create real spaces—only painted spaces. That’s all I am interested in. That may be why there is never really any specifc time or place in my paintings.”