Artist Interview: In the studio with Philippe Marlats “To convey the vivacity of a single breath,” such is the goal of the artist Philippe Marlats when he stands in front of a blank canvas. KAZoART took the chance to explore his studio and learn more about the inspiration behind his series The Fall of Man and The Woman. Meet Philippe Marlats and get to know the work of this artist on-the-rise! 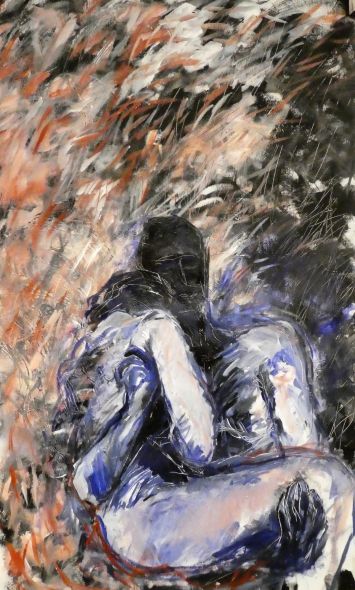 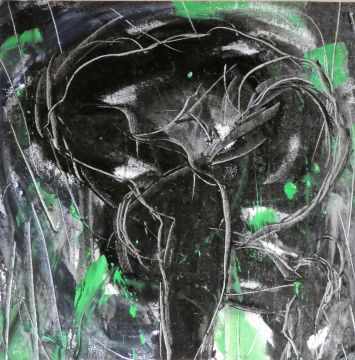 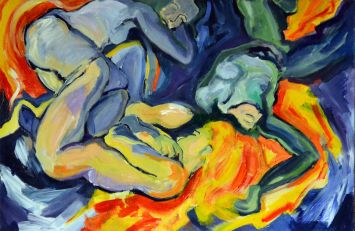 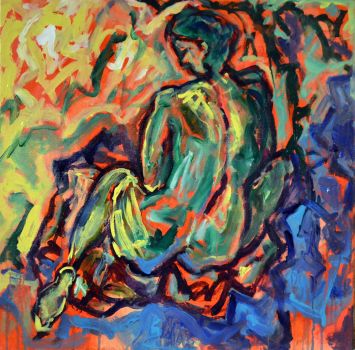 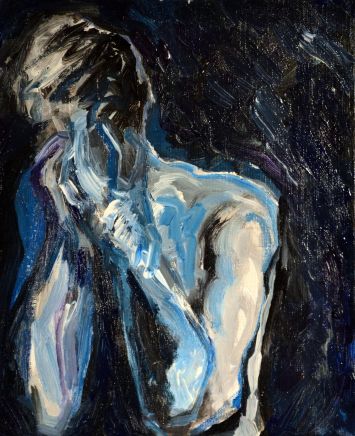 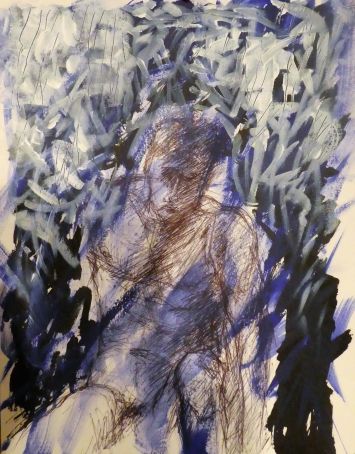 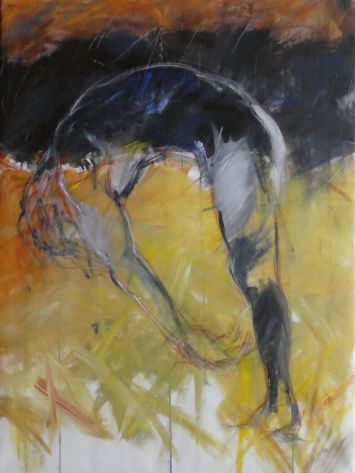 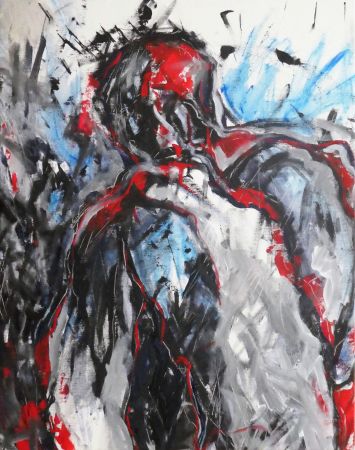 K. Tell us about your beginnings…

It all started at the age of 12 when I began taking music theory lessons. When I grew tired of them, I told my parents that I wanted to draw. They then found a studio in Orleans where I could practice. There I produced very rudimentary landscape sketches with chalk, charcoal, and Indian ink.

During my childhood I met a painter who worked with my father as a weather engineer. His name was Jean-Paul Ferrand and he was having relatively good success showing his works in Japan. He gave me my first pencils and brushes. I also had the privilege of attending an artistic retreat for a few days at the Abbaye Fleurie with the Benedictine monk Laurent Knaff.

My parents weren’t exactly thrilled about my desire to engage my artistic side. They instead made me commit more of my time to maths, literature and competing in academic competitions. Throughout all of this, I still continued to draw and fill up my sketchbooks.

One day, I decided to give up oil painting because of how long it takes to dry. At the time, I had yet to even discover acrylic paint!

After developing my skills as a self-taught artist, I longed for structure. I took live-model drawing lessons and it was through this experience that I was introduced to acrylic paint. It was a break-through moment for me.

During this time I was also pursuing a professional career but always had art on the side. When I became Deputy Director at a Psychiatric Hospital in Angoulême, I came across an image that never left me: a man fell backwards down the stairs, in a very dramatic fashion. Forever frozen in mid-air in my mind, this is when the inspiration of The Fall of Man was born.

The Fall of Man is a heavy theme. There is nonetheless a real aesthetic pleasure when working on it as there’s a sense of double exposure. For one, it is done from a nude model, so there we have literal exposure. But I also expose things about myself through this art. Hence an indirect second exposure.

K. How does a typical work session take place?

I would like to devote more time to painting. In the evening, I go home, and I paint. That is, unless I have the good fortune to have a live model session. In this case, I need a medium that dries quickly, which is why I go for acrylic.

As a general rule, I start from a somewhat abstract concept. And in my head, I slowly develop the background and any defining characteristics. I just have to bring these elements together so that everything matches.

K. Who/what are your artistic influences?

Not forgetting Goya, who at the end of his life, did a whole series on tragic subjects. You can find a certain Goya-like melancholy in my work.

K. The image of the pulled or stretched body is recurrent in your work. Why is that?

I have a very pessimistic view of human nature. One might think that this is simply an intellectual stance, as opposed to an emotional one because I don’t have any particular suffering in my personal experience. But one is always a little fascinated by evil. It’s a kind of repulsion and fascination.

I feel very similar to photographic reporters who cover tragic events and yet are capable of giving a plastic, aesthetic rendering of the scene. It’s beautiful, but what’s behind it is terrible. It is at the same time tempered by the human body, which is like a marvelous site.

K. Tell us about your first exhibition.

It was in 2017 at the Bordeaux Conservatory. Exposing one’s work on a public stage is a big step in an artist’s career. What they do and the image they produce is more or less revealing of who they are not just as an artist but as a person. I have a rather expressionist and sensitive artistic language. There’s a bit of intellectualisation and discourse behind it but there’s also a lot of intimacy.

After this first exhibition, there was a second one, which was then followed by group exhibitions. There were also some hairdressers who really liked my work and belonged to an association of shopkeepers. They contacted me because they wanted to exhibit my work in about ten shops. That was the trigger.

K. What do you wish to convey through your work?

If you look closely at my paintings, you can see scratches. Through these scratches, I try to translate a kind of breath or vivacity. This can be done by putting the brush down in a bumpy manner so that you scratch the canvas to give an impulse of life. The Fall of Man is a heavy theme. There is not only an aesthetic pleasure in working. There is a literal exposure.

Finally, what is a work of art once it is produced? It no longer belongs so much to its artist. It is the spectator himself who gives the work of art its essence. The question then is: what will emerge consciously or unconsciously from contemplating this work?