Impressionism as done by KAZoART Artists 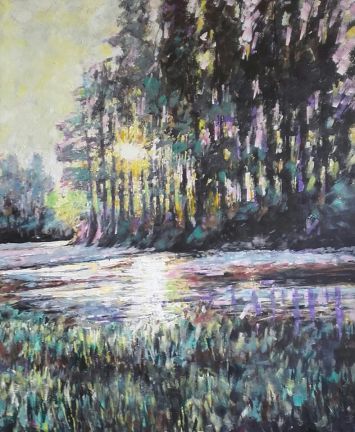 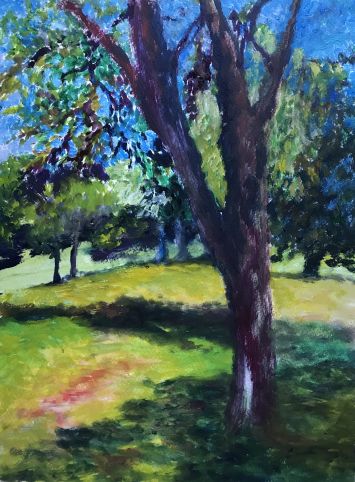 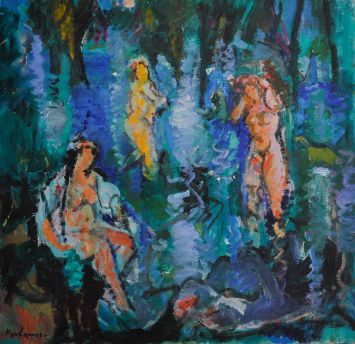 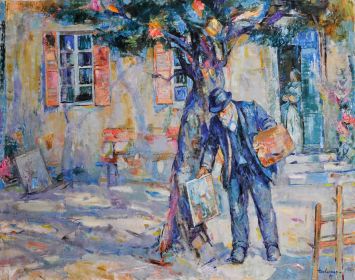 In honor of Paul Cézanne 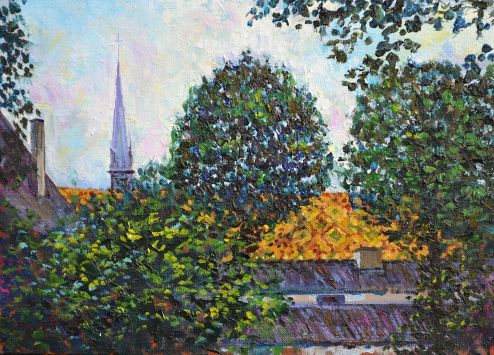 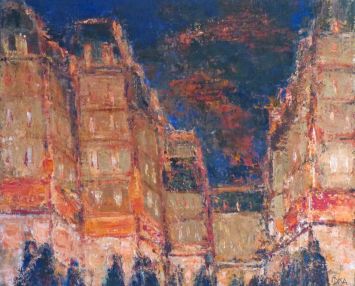 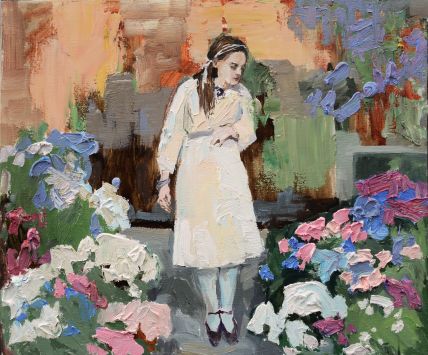 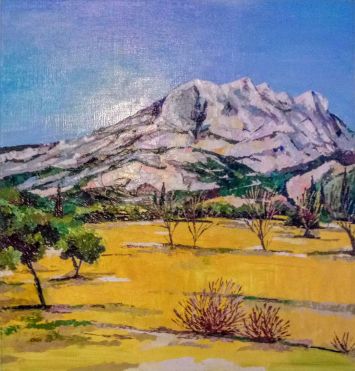 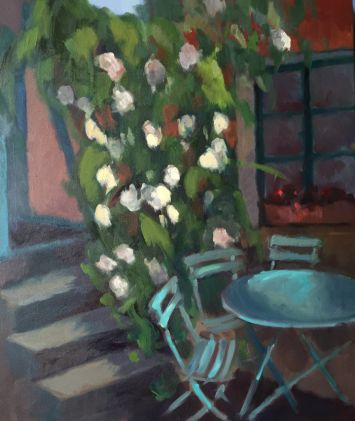 KAZoART’s “Canvassing the Masterpieces” helps you discover hidden secrets about well-known works of art. This week, get lost in the carefree atmosphere of an outdoor Parisian café on a Sunday afternoon in Auguste Renoir’s Bal du Moulin de la Galette. Painted in 1876, this Impressionist masterpiece depicts a typical 19th Century social scene in Montmartre. The sun is shining, music is playing and everyone’s in their Sunday’s best…

A “guinguette” is the French term for an open-air bar/café. It’s a festive place where you’re always guaranteed live music and fine wine. In 1876, Auguste Renoir (1841-1919) rented a small atelier on Rue Cortot in Montmartre.

Throughout the summer, he moved his easel from his studio to a spot in the Moulin de la Galette, which was a large dance hall that took its name from one of the last remaining mills in Paris. In fact, it still stands today.

At the end of the 19th century, the Bohemian crowds of Paris met every Sunday afternoon to drink in the sunshine and dance under trees. Renoir completed numerous preparatory studies to build this complex composition.

This painting is very representative of Renoir’s work during his Impressionist period. It exudes an air of carefree cheerfulness. When presented at the 1877 Impressionist Salon, it received a mixed reception. However, some critics had rather positive remarks about the peculiarity of the atmosphere Renoir decided to depict. Such can be seen in Gustave Geffroy’s response when he said:

“Le Moulin de la Galette is one of these complete summaries of vital observation and luminous atmosphere: the grayness of the dance, the noise, the sun, the dust of an outdoor celebration – the excitement of faces, the carelessness of poses -, a rhythm where pink, light blue, dark blue and black dresses turn and stop – a movement of passion, a winning shadow, a running fire, pleasure and fatigue – all the poor heroines of romance with fine faces, expressive hands, light-hearted attitudes gone, or weary, who express hope, intoxication, abandonment, fierce boredom.”

Purchased in 1879 by Renoir’s friend and patron, Gustave Caillebotte, it was bequeathed it to the French State in 1894. Upon arriving at the Museum of Luxembourg, it was considered a masterpiece. It now occupies a prominent spot in the Musée d’Orsay in Paris.

Renoir and his friends frequented the Moulin de la Galette. It’s therefore, quite natural that he would depict them at the table off to the right. Wearing a boating hat and with a pen in his hand, we can recognise Georges Rivière, a journalist and art critic.

Near him we can also make out the painters Franc-Lamy and Norbert Goeneutte, as well as two models, sisters Jeanne and Estelle, who are very similar in appearance. They chat and sip on a drink with grenadine syrup – this is still a summer favourite amongst the French.

A couple among the dancers

On the left, a dancing couple is depicted in a natural spotlight. They seem to be suspended mid-dance, taking a moment to pause and look at the painter, thus the spectator. The woman’s black petticoat serves as a warm contrast to the pale pink dress she wears, further drawing our eyes to her.

She is none other than Margot, Auguste Renoir’s lover. On her arm with a slight smile on his face, we see the Cuban painter, Pedro Vidal of Solarès.

Touches of light and colour

Renoir skillfully plays with light in this painting by making it appear filtered through the trees. To do this, he uses round, lighter-coloured patches with touches of white. Such can be seen around the dancing couple or on the hair of the girl in the foreground. This natural-looking yet complex light evokes a feeling of movement and brings unity to the whole scene.

In addition to this particular treatment of light, Renoir daringly used the “Impressionist touch” and deliberately blurred his figures’ outlines and even the background. This factor further categorises his work as a masterpiece, one that was produced at the height of the Impressionist’s popularity.