Fancy a refreshing dip in a luscious work of art to celebrate the arrival of summer? Let’s venture into Henri Rousseau’s vibrant jungle! In this issue of Canvassing the Masterpieces, KAZoART highlights one of the artist’s most famous paintings: The Dream (1910). Let’s explore its mysterious subjects, abundant vegetation while appreciating the tonal harmony and balance achieved by Rousseau.

Journey into an imaginary jungle

He never left France or even Paris, and yet…

Henri Rousseau, more commonly known as Le Douanier Rousseau, was a French painter born in 1844 in Laval. You may not believe it, but he never took a single drawing or painting class! His friend, Alfred Jarry, nicknamed him “Le Douanier” or “the customs officer”, in reference to the post he occupied in Paris where he controlled the entry of wines and spirits.

Although self-taught, Douanier Rousseau proved to be a precursor of Naive Art and some even go so far as to say that he paved the way for the Surrealists. The jungle being his favourite theme, in this work, he plunges us into a lively, vegetal atmosphere where every last detail has been thought through.

At first, however, Rousseau’s work did not receive favourable reviews, particularly because of its childlike appeal. But the painter’s artistic richness is now highly appreciated in the art world, as shown by the great success of the exhibition organised at the Musée d’Orsay in 2016 with saw over 480,000 visitors.

KAZoART Artists welcome you to the jungle 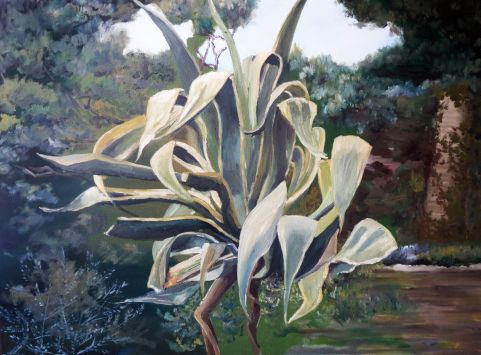 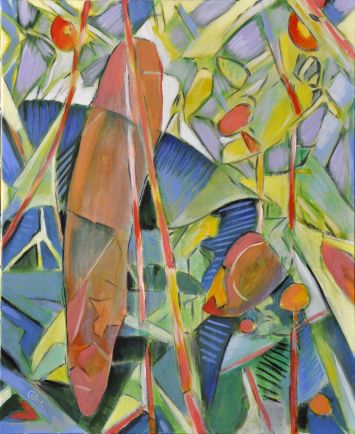 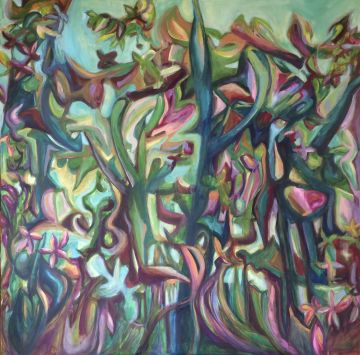 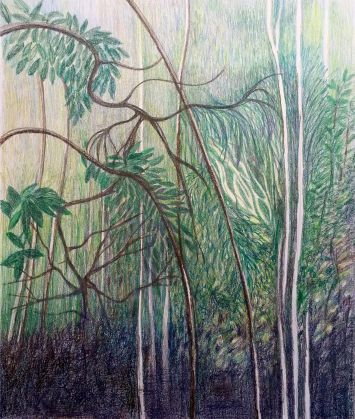 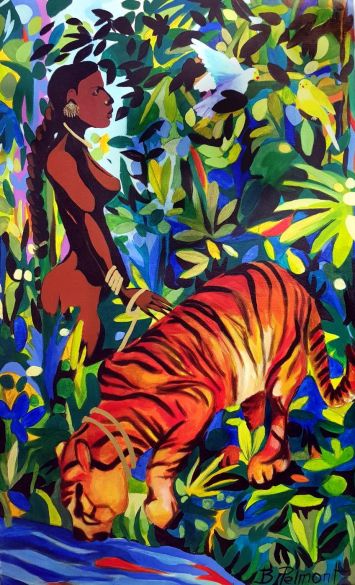 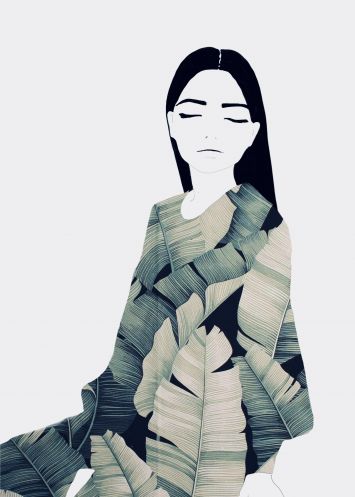 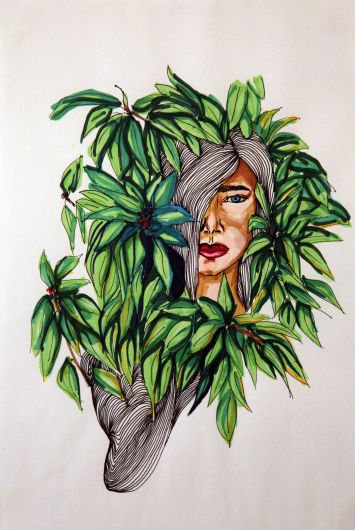 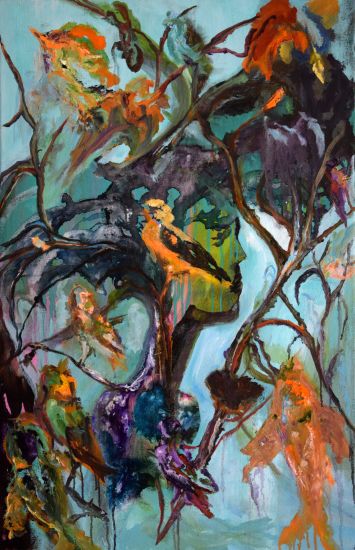 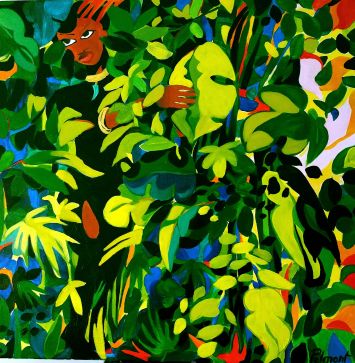 The Dream by Henri Rousseau: 4 details not to miss

1. An Ode to Femininity

There, on the left side of the painting, a young woman is lying naked on a sofa. Looking to the right, she stretches her arm towards the central part of the canvas. Is she trying to attract the attention of the musician or of the animals scattered about this rich jungle? More importantly, who is she? Not leaving his viewers with unanswered questions, Rousseau accompanied this work with an explicatory poem.

Yadwigha in a beautiful dream

Having fallen gently to sleep

Heard the sounds of a reed instrument

Played by a well-intentioned [snake] charmer.

Through this, we learn that the young woman is none other than Yadwigha. According to some historians, she was a Polish woman with whom the artist had a (possibly) platonic relationship. Immersed in a dream, this muse dominates the scene and becomes almost an allegory of desire, fertility and eroticism.

Why is Yadwigha lounging on a sofa? When Rousseau painted this work, Freud had begun publishing his writings about dreams. According to the psychoanalyst, the dream is a place of buried and repressed desires. It’s on a sofa like this one that the psychoanalysis sessions are held. So the parallel is present, but not immediately obvious.

As if immersed in her dream, we are surrounded by the “sounds of a ‘musette’ played by a well-intentioned snake charmer” as Rousseau writes in his poem.

Though he is almost hidden in the foliage, we nevertheless recognise his colourful outfit and musical instrument that occupy part of the scene. He is an active participant in this painting, but is he the one leading the dance?

One thing is certain, all of the animals in this dense jungle have their eyes open, as witnesses but also actors, taking part in a waking dream. The lions seem to have been hypnotized by alluring music.

3. A Rich yet not so Wild Fauna

When looking for the animals, the viewer’s eyes will jump from one to the next and see lions, birds, a monkey, a snake and even an elephant peeking through. Their compositional arrangement is balanced and even.

This imaginary jungle is an abundant one where humans and animals coexist in the same space and the same dimension: that of the dream. If the young woman evokes fertility, pleasure and life, it is indeed the whole of this landscape that reflects opulence and vitality.

4. A Subtle Palette Bathed in Green

The colour green is characteristic of Henri Rousseau’s work. Particularly fond of green spaces, this painter spent a lot of time strolling in the greenhouses of the Jardin d’Acclimatation in Paris and regularly visited the Natural History Museum.

It is even said that Henri Rousseau used more than 20 shades of green in this painting! This is a technical feat for an artist who had never taken a single painting course in his life and who, moreover, had spent more of his life in Paris. Despite all of this, his work still takes us on a journey.

All of these nuanced shades work together to create a perfect harmony of colours. Complementary colours are still very important in their role as they highlight the animals and fruits hanging in the trees, which again, indicates fecundity and abundance.

A Curious Return to Nature

The Dream by Henri Rousseau delivers an exceptional taste of flamboyant fauna and flora. One could imagine it to be a soft summer night with a perfectly round and sparkling moon hanging overhead.

How does one explain the harmless appearance of these animals in a seemingly hostile environment such as a jungle? And most importantly, who is this musician who has bewitched the audience? The mystery remains.

KAZoART Artists welcome you to the jungle