Reinterpreting the lives of his fellow Americans through scenes laden with mystery and disquiet, Edward Hopper chronicled life in 20th Century America through alluring aesthetics that give way to intrigue. This genius who realised Nighthawks left behind an unprecedented pictorial heritage that had a considerable influence on cinema. Let’s sift through the 10 works that best capture his one-of-a kind artistic style!

Edward Hopper in a few words

Born in 1882 in New York, Edward Hopper was an American painter who, from the beginning, had an eye for urban scenes. First trained as an illustrator, he became interested in painting through his association with artists at the Ash Can School, a movement offering realistic painting inspired by the urban areas of New York suburbs. He then made three trips to Europe where he was heavily influenced by the work of Edouard Monet and Edgar Degas. Though their styles differ, they nonetheless set him out on a quest for a particular type of depiction.

At the beginning of his artistic career he earned his living as an illustrator. However, it was painting that moved him. He drew inspiration from ordinary places and brought out their most extraordinary, aesthetically-pleasing qualities.

In 1923, the Brooklyn Museum’s International Watercolour Exhibition showed 6 of his works. They even bought for $100! The following year Hopper decided to devote himself exclusively to painting. Shortly thereafter, he met his future wife, Joséphine Verstille Nivison, or “Jo”. From that point on, she held a prominent place in his work as she regularly posed for Hopper. 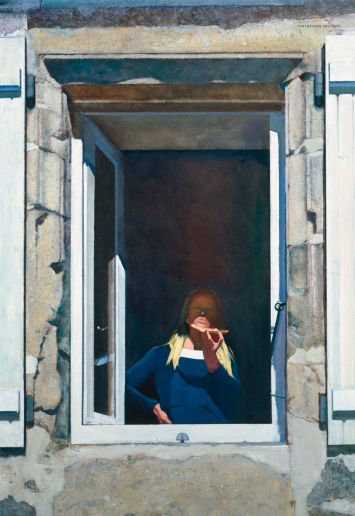 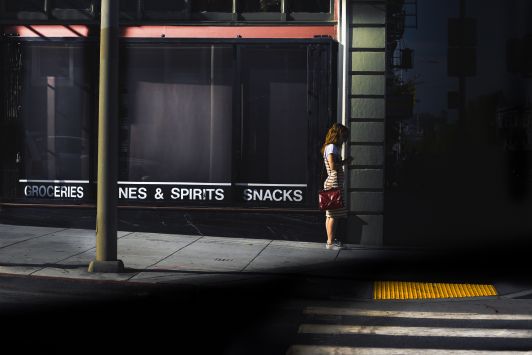 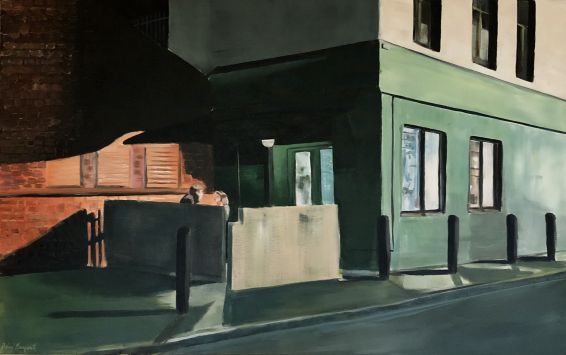 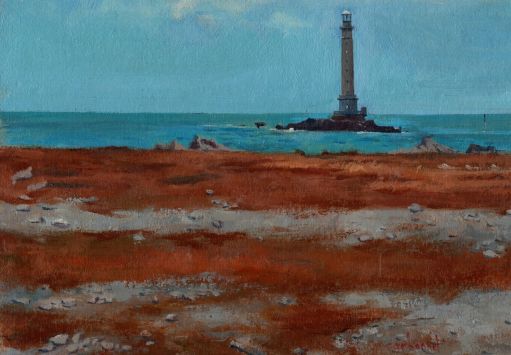 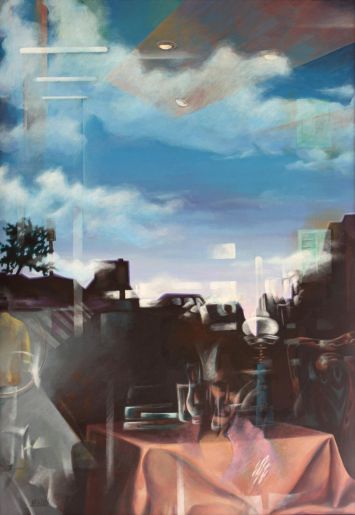 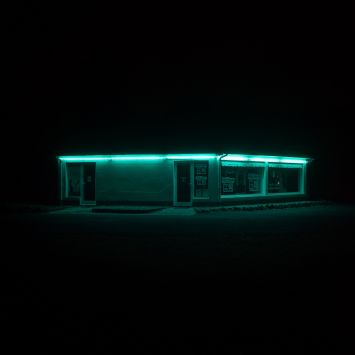 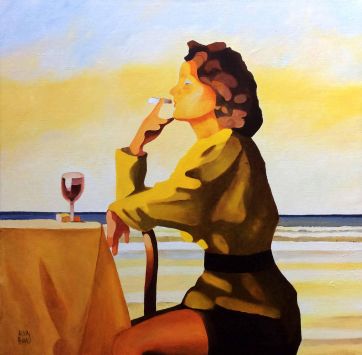 Edward Hopper set up his studio in New York and quickly became recognised as one of the best Realist painters as his canvasses revealed the daily life of his compatriots. His paintings reflect a certain nostalgia for what America was. These notions are set against a backdrop of internal conflict between the characters depicted and the place in which they have found themselves.

Hopper’s eye manages to capture the right scene and the right emotion at the right time. Those who view his paintings are not only spectators but voyeurs, whose curiosity obstructs the calm of the moment – a disturbing vision sublimated by the artist’s photographic and cinematographic touch. It’s as if we’re inside a mystery novel and every scene is charged with off-putting, suspicious qualities.

Without even being invited, we observe preoccupied individuals. Hopper’s interest in light play does not seek to bring out their faces or expressions but rather their posture, the spacing betweens their bodies and the eye-striking contrasting of colours.

Common places become extraordinary in the way that Hopper depicts them. Whether its his attention to the geometrically-shaped furniture, the shadows being cast, the presence/absence of a human figure, or a poorly-lit scene, recognising the artist’s intent in painting these places is a step in understanding his work as a whole.

The characters are not heroes, relatives or acquaintances. He did not paint them in this way. These individuals are potentially each of us, without labels, completely anonymous.

In the heart of a city, in front of shops, cafés, and diners, Hopper invites us to contemplate. Moreover, we should stare and scrutinize until we understand what he meant. In any work by Hopper, shadows, postures, light and architecture all have something important to say, a secret to divulge.

Unlike many artists, Hopper isn’t particularly passionate about large architectural structures or sky scrapers. He prefers to focus on the houses, the small shop fronts and the non-imposing buildings we see but never pay any mind to.

Transparency is a speciality of Hopper’s. He wants to show us the unspeakable and therefore gives us the privilege of deciding that which is true or false. Through the regular presence of windows in his work, he focuses on perspective and depth. This is best seen in his most famous work, Nighthawks. This canvas alone is the epitome of Hopper’s style as the interior setting seems to merge with the exterior through a fascinating play on light.

Even if the characters he depicts are not ultra-detailed, their composition is not as simplistic as one might think. Hopper paints on the spot, thus giving his figures the same scope as his architecture: geometric, simplistic, minimalist and off-putting. Everything seems too calm and silent. It is indeed this perceived torpor that causes concern. What will happen next? What could possibly be about to unfold?

It is no wonder that Hopper inspired the world of cinema and many later 20th and 21st century artists. For many, he led the way forward to a melancholic, disillusioned vision.

Hopper’s renderings have been and always will be open to interpretation. What do you see when you dive into these triangulated scenes of absence, minimalism or enigmatic postures? Each work creates its own atmosphere and each atmosphere reveals a different side of the frustrated, lost, silenced or lonely everyday American.