Flashback to the 1870s: Japan and its traditional culture have just opened their ports to the rest of the world. Frenetically curious and intrigued, Western artists became deeply fascinated with this style of art so different from their own!

Today, KAZoART is here to immerse you in this time period during which avant-garde artists were inspired by this radically new art style, which coined the French term Japonisme!

The Discovery of a Whole New Aesthetic

In 1868, Japan opened up to the world, after having its hand forced by the United States. Up until this point, Japan had kept its borders closed in an isolationist policy for over two centuries. This isolation allowed the Japanese to maintain and preserve their traditional culture!

When French artists first discovered this exotic country, they were immediately fascinated by the diversity of art and culture, that differed so much from their own. In fact, as Japan began to open itself to the world, a free trade treaty was established. It allowed for Japanese art and artifacts to be sold in France and mainly in Paris.

Thus, art dealers were to assist and participate in these cultural exchanges. Aesthetes and artists alike built up real collections of these new objets d’art, which were really rather fascinating at the time!

During this period, a large number of artists wished to emancipate themselves from the academic artistic conventions that had been imposed on them for so long. Thus, some artists saw in Japanese art a new source of inspiration. They also saw it as the perfect opportunity to fully liberate themselves from the European artistic movements they had become imprisoned in.

Many artists thus found themselves seduced and inspired by this discovery of Japan. In their works, these artists reference this marvelous country, full of its unique art and culture. They were also inspired by the country’s traditional artistic techniques, along with its approach to spirituality and the ideals that bind its rich cultural heritage.

Artists inspired by Japan on KAZoART

There is no Impressionism without Japonisme

This Japanese influence on Western art had a particularly strong effect on a lot of European artists, but particularly the Impressionists. At that time, Impressionists shared the likeminded desire to emancipate themselves from institutional art and wanted to produce an all new aesthetic.

When they first discovered Japanese art, artists were deeply fascinated by the prints of Hokusai and Hiroshige. They were seduced by the composition and colors of the prints, the vertical patterns, the settings as well as the lightly illustrated subjects on each canvas.

Just like the Japanese artists, the Impressionists promoted landscape art, portrait art and genre painting, which were relatively low on the so-called hierarchy of genres – a system that represented the values appreciated by the academics from this period.

James Abbott MacNeil Whistler, an American painter living in France, was one of the first to become enthusiastic about this new and exotic art form. He quickly built up a sizeable collection of Japanese objects, which he used as decorative accessories for his paintings.

In his two works, Whistler embeds multiple Japanese accessories into each canvas. We are able to make out Japanese fans and vases, along with cherry blossoms, typical of Japan. In his work Caprice in Purple and Gold, a young woman in a kimono looks at prints by Hiroshige.

Another artist, also a leading figure of Impressionism, became enamored with these Japanese works. As you may have guessed, it was indeed Claude Monet – who expressed his love and passion for Japanese art in his garden in Giverny.

His Water Lilies series reminds us of prints by famous Japanese artist, Hokusai. The suspended footbridge over a pond, the lush greenery, the work’s composition along with its vibrant color palette, are all largely inspired by one of the east-asian artist’s prints!

“Claude Monet, among our prestigious landscape painters, was the first to have the boldness to go so far in his experimentations with color. And it was for that very reason that he was mocked and jeered, because the lazy European eye is ignorant to the motley of colors and the range of tones that Japanese artists are able to achieve through their delicate and detailed works”.

After a loss of interest in Japanese art, French artists became interested in it once again in 1890!

This interest was revived during an exhibition organized by collector, critic and art dealer Siegfried Bing. In 1890, this Japanese art enthusiast organized an exhibition dedicated to Japanese prints at the École des Beaux-Arts in Paris.

This exhibition had a sizeable impact on the Western art world. It played a fundamental role in the spread of Japanese art aesthetic, signature of the Japonisme style DNA. But above all, this exhibition allowed these works to reach a whole new generation of painters: the Post-Impressionists!

When it came to these Post-Impressionists, they collected cheap pictures from shops and storefronts that reproduced original Japanese prints. Thus, they did not have the same relationship to the work of art: they would buy crepe paper, which does not have the same characteristics as prints. As a result, the lesson learned from Japanese art is different for this new generation of artists than the last.

“Perhaps if we had only had the originals to look at, we would not have been as impressed as we were by the prints […]. But isn’t the expressiveness of the art all the more powerful, all the more direct, the cruder the means? […] Once the eye was cleansed by the Japanese creations, I was able to receive the colors and their emotional power.”

One of the Post-Impressionist artists most affected by the Japonisme movement, was undoubtedly Vincent Van Gogh. It was in 1886, when he arrived in Paris, that Vincent was first confronted with the artistic avant-garde, when the French capital found itself bathed in Japanese art.

At that point, the offer was more and more irresistible. Van Gogh decided to buy a great deal of prints and crepe paper. By the end of his life, he had a collection of over 400 prints! The ones that inspired him the most were mainly works by the Japanese artist Hiroshige, which he then copied in his oil paintings.

In his work Bridge in the Rain, inspired by Hiroshige, Van Gogh added a frame that he covered with kanji, ideograms that the Japanese borrowed from their Chinese neighbors. As you can probably imagine, he doesn’t understand a word of it! Here, these kanji letters are only meant for decorative purposes, which reinforce the exotic side of his work.

Van Gogh was completely infatuated with Japan and its artists. He appropriated their art and made his scarce knowledge of the country coincide with his own artistic aspirations, just as the Impressionists had done before him!

In a letter to his brother, Van Gogh once said…

“If one studies Japanese art, then one sees a man who is undoubtedly wise, philosophical and intelligent, who spends his time on what? Studying the distance from the earth to the moon? No. Studying Bismarck’s political views? No. He studies a single blade of grass. Now, isn’t that almost a kind of religion? What these Japanese artists teach us is that living close to nature, being part of it, admiring its beauty, is absolutely paramount.“

Vincent Van Gogh, a letter to his brother Théo, 1887

Artists inspired by Japan on KAZoART 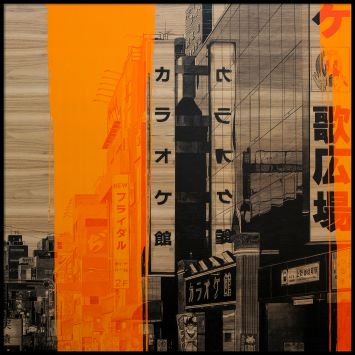 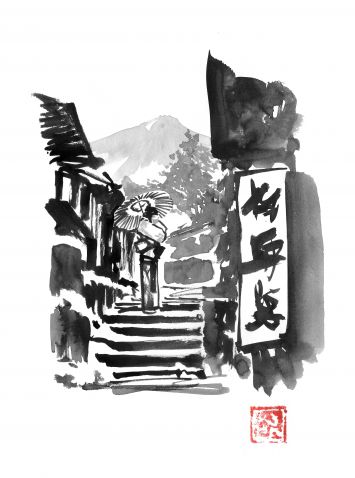 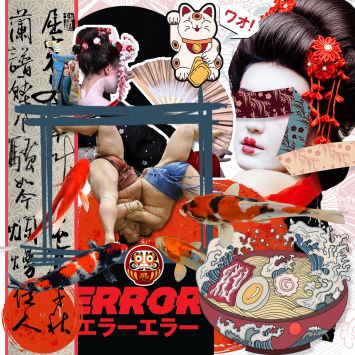 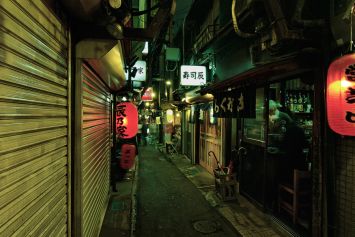 The streets of Tokyo 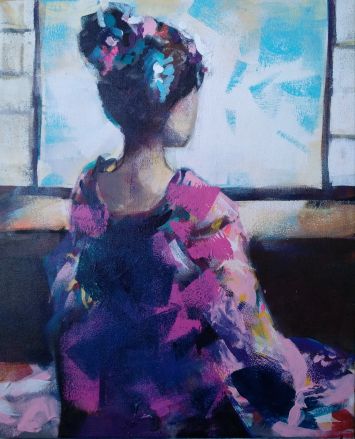 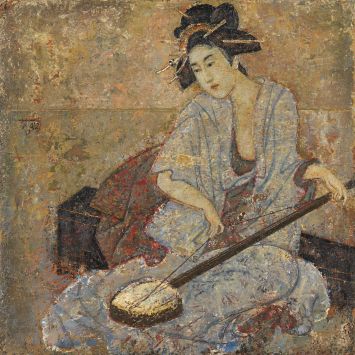 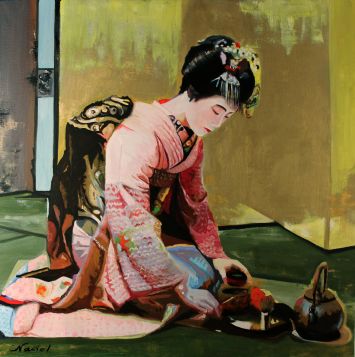 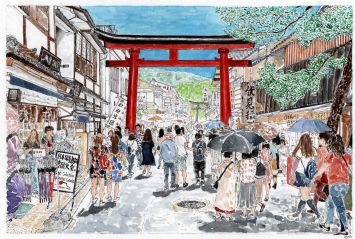 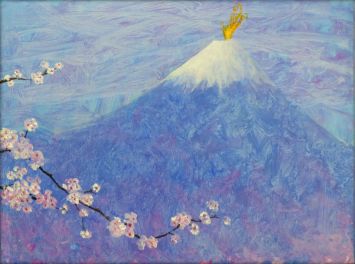