Pre-eminent 20th century artist Yves Klein had a monumental impact on contemporary art. Known for his monochromes and ultramarine blue—the color he became inextricably associated with—he was above all a multidisciplinary artist. KAZoART brings you seven stories about Yves Klein and his original but sadly cut- short career.

#1 The son of two painters

Young Yves Klein was born in Nice on 28 April 1928. He was immediately immersed in the world of art, as both his parents were painters. His father Fred Klein was a figurative painter and his mother Marie Raymond worked on geometric abstractions. Although this artistic environment was highly stimulating and Klein’s adolescence was marked by painting, it was not the only activity the young man practiced and enjoyed.

Yves Klein discovered judo in 1947. At the time, judo was not considered a sport. Instead, it was seen as a form of intellectual pursuit for self-mastery. In 1951, he moved to Madrid to study and took the opportunity to sign up at a club, where he replaced the judo teacher. The following year, he left Spain for Japan, where he spent 18 months at the Kodokan Judo Institute of Tokyo perfecting his technique.

Thanks to this training, at the age of just 25, Klein became a fourth-degree black belt. A few years later, he published The Foundations of Judo in Paris. He even opened his own judo school in the capital. But the school closed just a year after its inauguration.

In 1958, Yves Klein sent shockwaves through the artworld when he put on a very unusual exhibition at the Iris Clert gallery in Paris… an exhibition of “The Void” given the complex title of The Specialization of Sensibility in the Raw Material State of Stabilized Sensibility. In it, the gallery was filled with desperately empty rooms, white walls and… most of all… angry visitors.

For the artist, empty space enabled him to represent his artistic sensibility, even though it was invisible to the naked eye and impalpable to the touch. It was above all spiritual and intellectual. It was an approach that questioned the art within him and its representation.

For Klein, the inside of the gallery reflected immaterial pictorial sensibility. While the heart of his exhibition was based on nothing but emptiness, the backdrop in which it was presented was something else entirely. The artist, who had exhibited his blue monochromes a year before, used this now flagship color and transposed it onto the windows of the Iris Clert gallery, which, now painted blue, contrasted radically with the inside of the gallery. He also made reference to his monochromes on the invitations to the opening, which were written in blue… and printed on white paper! In fact, the artistic process went even further and he offered his guests a cocktail colored with methylene blue before they entered the gallery.

#4 The invention of a color

If we owe one thing to Yves Klein, it is International Klein Blue! Already with his monochromes, the artist had sought to create perfect harmony and complete unity. He gradually began to favor blue, ultramarine blue especially, which would eventually become his trademark. In 1960, he had the formula for IKB patented. IKB is a deep blue, a striking ultramarine that is at once matte and shining, created from the combination of a synthetic resin and blue pigment. To obtain the color, he was assisted by Edouard Adam, a chemist and color merchant. It had been while on a trip in Nice, as he contemplated the sky and the birds, that he had come up with the idea, a few years before, of creating the purist color possible.

Yves Klein delved into the world of music in 1947 when he became the conductor of his own symphony Monotone-Silenceu. The 40-minute symphony featured only one note, which was played continuously before ending in a vertiginous silence. The experience demonstrated Klein’s ceaseless desire to explore the intangible, the impalpable and the void. The symphony was also played this way during his performance of Anthropometries*. Singers, violinists, bass players and many other musicians held just one note—D—for 40 minutes!

*The Anthropometries performances saw female models coated in blue paint and used to stamp the color onto the canvas with their bodies.

#6 A founder of Nouveau Réalisme

Yves Klein helped establish a new movement in 1960, dubbed Nouveau Réalisme. He founded the movement alongside Arman, Pierre Restany, Jean Tinguely and Niki de Saint Phalle. All the artists signed a joint declaration, stating their agreement on this new vision of reality.

#7 The void… right to the very end

Yves Klein was not only internationally renowned for his monochromes but also for his incredible performances. One such performance, named The Leap into the Void, perfectly crystalized the relationship with the void, space and the non-existent. In the photo—or rather photomontage—Yves Klein is seen proudly launching himself into the air like a bird taking flight.

It was 1960 when the artist leapt into the void in south-west Paris. Although the photo seems to suggest Klein’s imminent disastrous landing on the ground, the reality behind the scene was quite different. Each time the artist leapt, he fell on a mattress. One shot without him, another as he leapt into the void, and Bob’s your uncle. What might seem like trickery nonetheless shows Klein owning the void, his greatest ally. 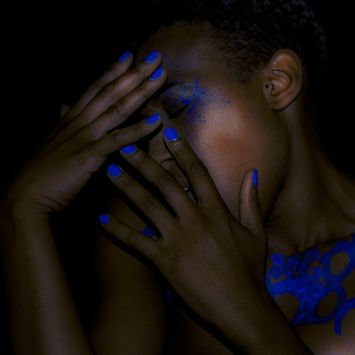 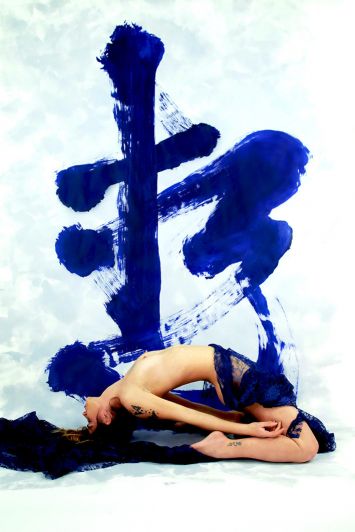 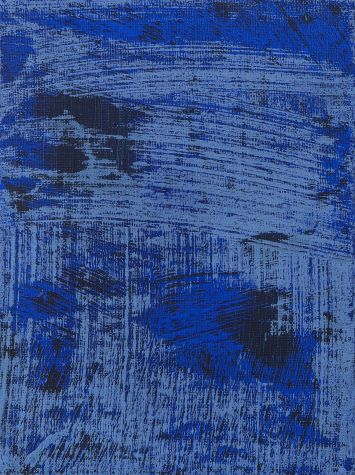 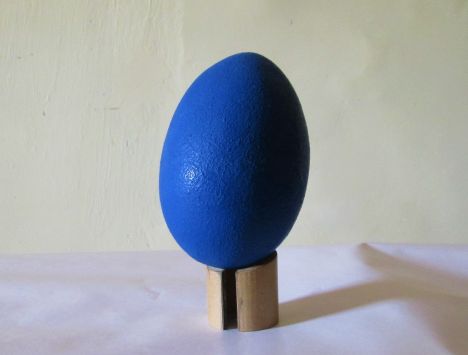 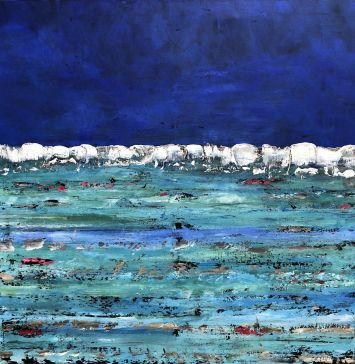 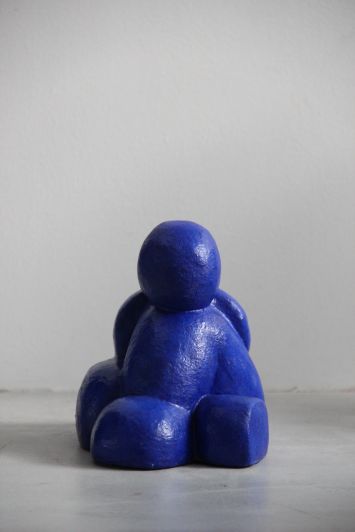