Aged 35 and born in France, Boris Garanger, after his scientific baccalaureate, decides to spend a year in England at Bournemouth. As we know, travel forms the youth. Making friends with a large number of young people from all walks of life, he returns with an intercultural sensitivity.

Bilingual, he attended the Ecole des Beaux Arts in Lorient. He spent a year there and discovered different techniques. Anxious to continue his training in the fields of visual art, he attended the Beaux Arts in Rennes and entered the 2nd year, Art option. This is where he became particularly interested in contemporary art. Then he went to the 4th year at the Ecole de La Cambre in Brussels with a sculpture option. After 1 year, he made the choice to leave.

Out of a thirst for adventure and with a certain appetite for risk-taking, he then spent a year traveling (Madagascar, Mauritius ...) and pictorially nourished himself with these different landscapes ... He trained as a metalworker and artistic ironworker. . His food jobs in the building trades give him real expertise in assembly and construction and are not unrelated to his artistic research ... Then it is Switzerland, Canada and the United States ... Eager for new landscapes, meetings, knowledge and superb, Boris Garanger seeks in his various trips to immerse himself in it in order to best nourish his creation.

Clothing is a vector of the individual in society. How does a garment speak? What does it say about the look you want to give? An appearance that society imposes on us, but that we choose to face it. Like the characters in "François Bart" who tell us about a job, an environment, a social or meteorological climate. Sometimes the quick and expressive brushstrokes suggest that people are defined by their movements and actions rather than their physical place in the world. Each individual has an expressiveness specific to himself which makes his uniqueness, an expressiveness conveyed by the body. Movement defines the individual in space. The subject is a presence through the body, he is an action through his movement, he is appearance through his clothing, his style. A hidden or suggested face allows the body to express a personal attitude even through a universal gesture. Particular attention to advocating the plurality of identities of the body. The shape, the silhouette, the attitude, the actions provide just as much information about the intimate. 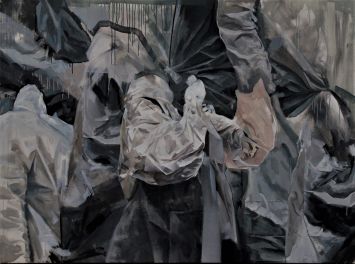 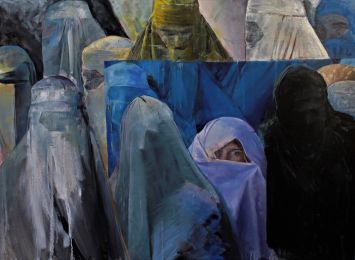 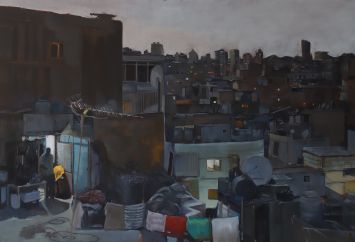 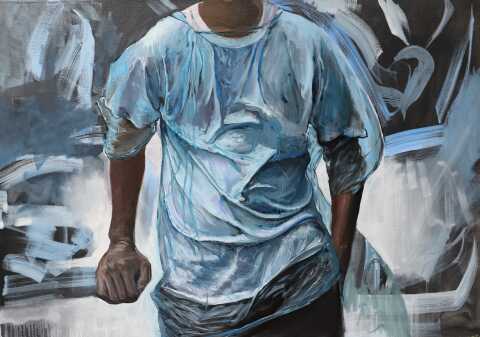 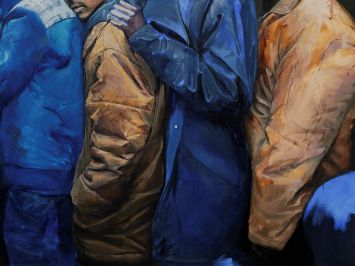 2012: Professional metalworker's certificate of qualification as a locksmith

2021 : COMPARISON EXHIBITION - OSTENDO GROUP at the Grand Palais in Paris

2020 : THE WELDERS IN THE NIGHT MAY - Changed (Mayenne). 6th participation

2019 : THE WELDERS IN THE NIGHT - Changed (Mayenne). 5th participation

2019: YICCA - Cultural Centre of Milan (selected for the collective exhibition)