It was at the School of Fine Arts in Toulon that Isabelle Becker discovered and finally adopted (among others) this material that is clay thanks to teachers Odile Rosso and Henri Comby. She lives in La Valette du Var since June 2018.

In her artistic approach, at the beginning there is a coffeé taken in a bar of which she poured the rest on a page of her notebook. This coffee stain, gives birth to a gesture and becomes a drawing from her imagination. At that moment she was no longer dependent on reality and a possible "subject to draw"; this stain on her sheet avoided "the anguish of the blank page".

She continued this work in her studio where on larger supports, after observation, the formats are covered with faces, characters that have in common only the fact of occupying the same surface. All these creatures are confined in a kind of chaos having neither bottom, nor top sometimes. They are expressive, amusing, disturbing, depending on what comes into her head.

She has this obsession with the human figure, this part of the body intrigues her, questions her; she searches for what can be hidden behind this mobile, changing and sometimes deceptive mask. She admits to feeling a kind of fascination for "beings". And she feels the need to project her obsessions, thoughts, anxieties and existential questions onto an unknown figure. Her "involuntary models" are rarely beautiful in the aesthetic sense, but often they are "faces", real ones, anonymous, onlookers, passers-by.

At the beginning, she uses the technique of "dripping" (letting the color drip) for the background, then she makes projections, drips and stains on the support (paper pasted on wood or canvas, canvas, etc). The starting point is a "gestural abstraction" which becomes a support for her figurative graphic expression rendered with a Rotring (Indian ink). The materials used to make these spots and "traces" are inks, dyes, or anthropometric prints.

These creations are presented surrounded by a black wooden frame and the drawing is laminated on a rigid support.

Concerning the sculptures in terracotta that she calls "Terracotta", she models her sculpted works directly in a block of clay or sandstone by privileging the technique known as "the butter cutting wire" to preserve a rough and massive aspect. Here again it is the attitude and expression of the body that inspire her.

The pieces are fired (biscuiting) a first time, then partially enamelled. A second passage in the kiln will allow to fix the enamel or the engobes. Thus the surface of the volume realized will obtain a more or less brilliant aspect (ceramic).

- School of Fine Arts of Nancy (Certificate of Plastic Initiation)

2000: Participation in the Contemporary Art Fair of Strasbourg (START), at the stand of Galerie Walter

1997: Exhibition "In-situ" at the Rendez-vous Gallery, 1, Place d'Austerlitz in Strasbourg

1994: Personal exhibition at the Galerie du Petit Pont in Strasbourg

The 6 works of artist Isabelle Becker 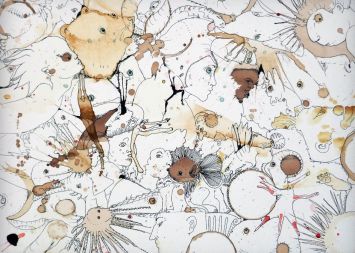 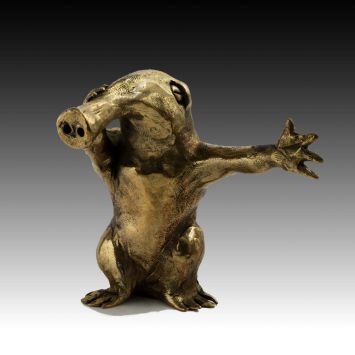 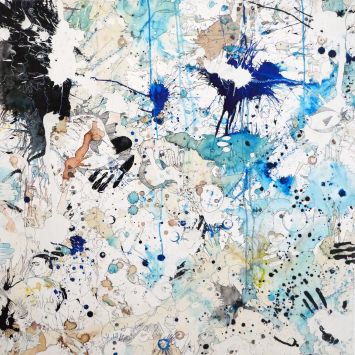 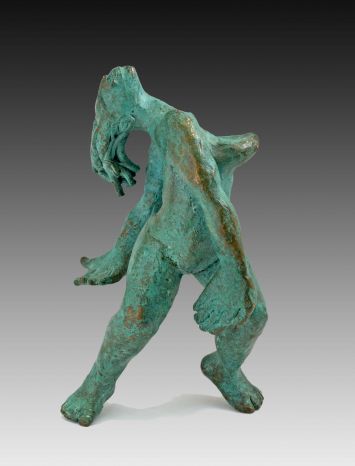 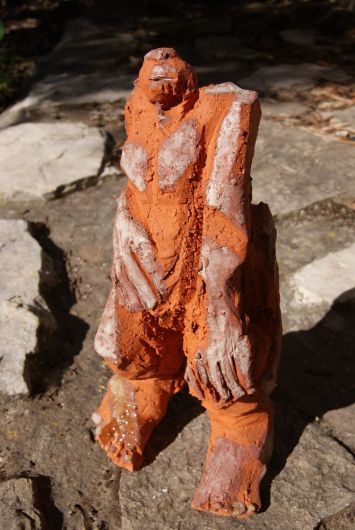 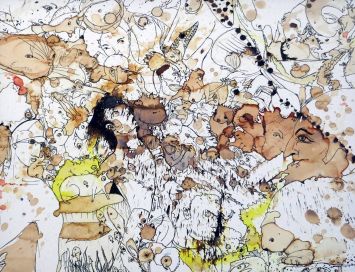