MR. CENZ has been scribbling on every surface since 1984 when he discovered the hip-hop culture and graffiti. He quickly became obsessed with this new art form and after some trouble with the law, he decided to find legal ways to express his talent. Since his first mural commission at the age of 11 he continued to progress and experiment with his art in college. This led to a career as a professional graffiti artist with several solo exhibitions and international mural commissions. His work can now be seen all over the world, on the streets, on buildings and in art galleries.

His latest work focuses on female faces, which he distorts in his own unique style. He works from portraits to create strong abstract and figurative interpretations of women in mysterious compositions. These futuristic and cosmic creations feature intricate and fluid shapes, letters and lines, carefully crafted for a perfect aesthetic. Their ethereal, sometimes translucent appearance transports the viewer into a new universe. MR CENZ likes to keep his work open to free interpretation.

His unique style has sometimes been described as "A LANDSCAPE OF FEELINGS", "A SURREALIST GRAFFITI" or "A PAINTING FOR THE SOUL".

The 2 works of artist Mr Cenz 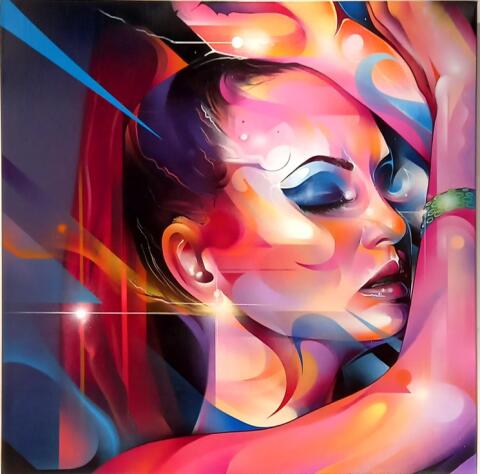 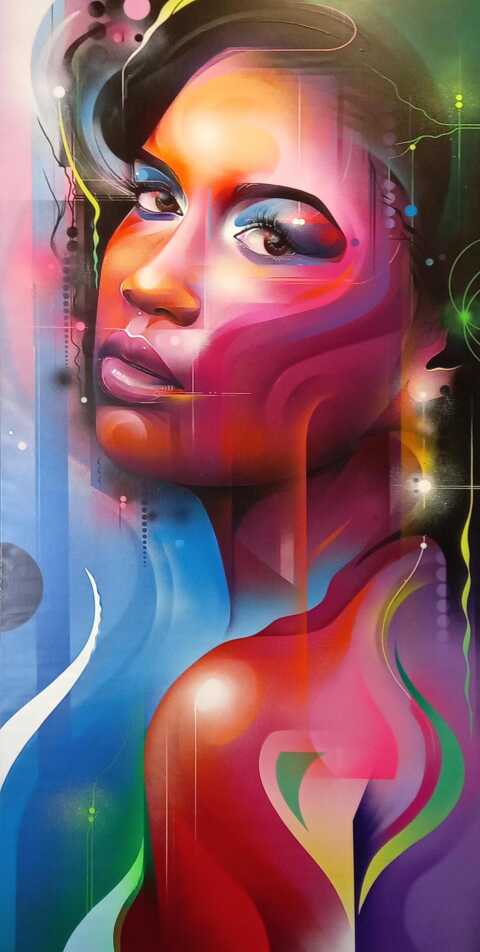