Pierre Jean Louis Germain Soulages is a French painter, printmaker and sculptor. In 2014, French President François Hollande described him as "the greatest living artist in the world." His works are held by major museums around the world, and there is a museum dedicated to his art in his hometown of Rodez.

Soulages is known as "the painter of black", because of his interest in color "both as color and as non-color. When light reflects on black, it transforms and transmutes it. It opens up a mental field of its own. He considered light as a working material; the striations on the black surface of his paintings allow him to reflect light, allowing black to emerge from darkness and enter clarity, becoming a luminous color.

Soulages created 104 stained glass windows for the Romanesque architecture of the abbey church of Sainte-Foy in Conques from 1987 to 1994. He has received international awards, and the Louvre in Paris organized a retrospective of his work on the occasion of his centenary. 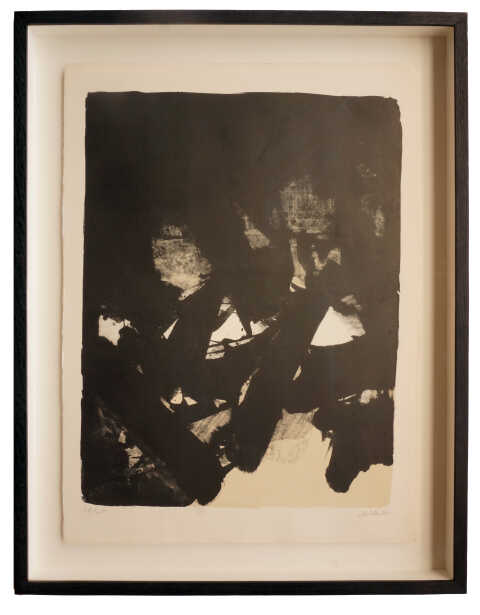 Collections of Soulages' works are held by many museums, including: