Coming from a family in which the art of thread and the handling of tools hold a preponderant place, Aurore was able to explore and experiment with the material from a very young age.

Aware of the perspective offered by a multidisciplinary creative approach, Aurore then relied on her predispositions to develop her technical skills in arts and crafts.

Like a red thread, the embroidery of art occupies a place of honor in her works, allowing her to establish connections with all her knowledge.

Her evolution within prestigious embroidery workshops and Haute Couture houses in Paris was a real trigger. Beyond the technique, she became aware of the infinite possibilities available to her, whether in terms of the materials used or the fields of application, thus further nourishing her creativity.

Her approach took on another dimension when she discovered the exhibition Alexander McQueen: Savage beauty at the Victoria & Albert museum in London, paying tribute to the famous designer.

Her artistic approach, whose starting point can be a motif, a theme, a technique or a material, takes off in the creation of works related to geometric abstraction.

The detour of materials, the effects of light and volume, the play of codes are an integral part of his work.

Geometry is also present in her sources of inspiration since she is passionate about sacred geometry, the Bauhaus school, the works of artists such as Escher, Vasarely and the Albers couple.

Whatever the initial impulse, the motif will be worked on until a visual effect is obtained that is similar to a mise en abyme: the creation of a new motif from the initial repeated motif, thus creating a singular and dynamic work.

In her quest for perfection, Aurore goes through a crucial preparatory process that encompasses several steps, from drawing to showcasing the work, before she sets out to create the piece. One of these is the sampling phase, which includes testing and researching supplies, fabrics, constructions and stitches. Every millimeter counts.

The choice of the support is the result of a real questioning, serving the work or even tending to disappear completely. 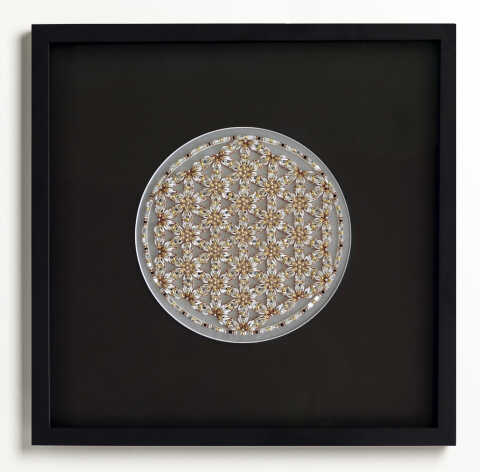 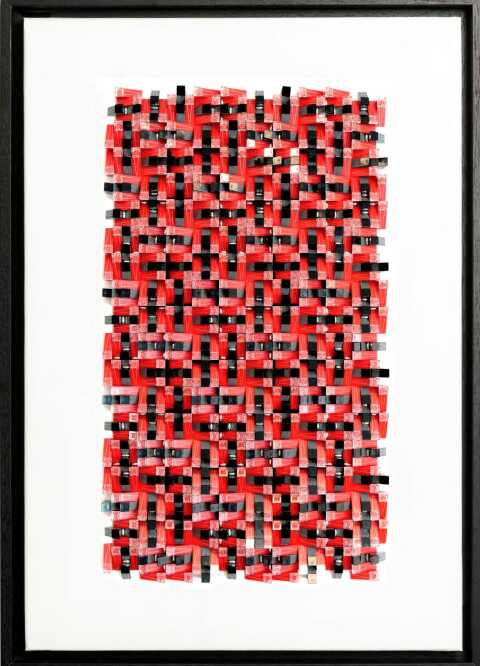 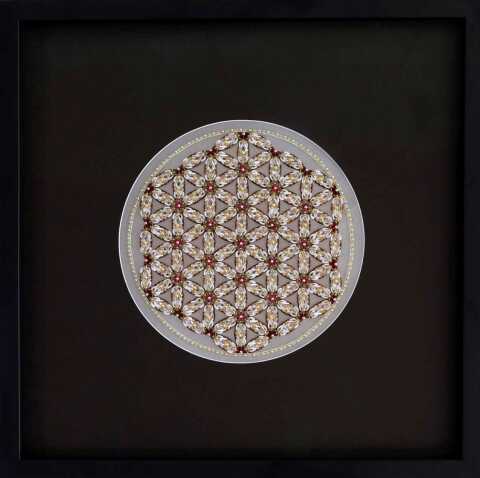 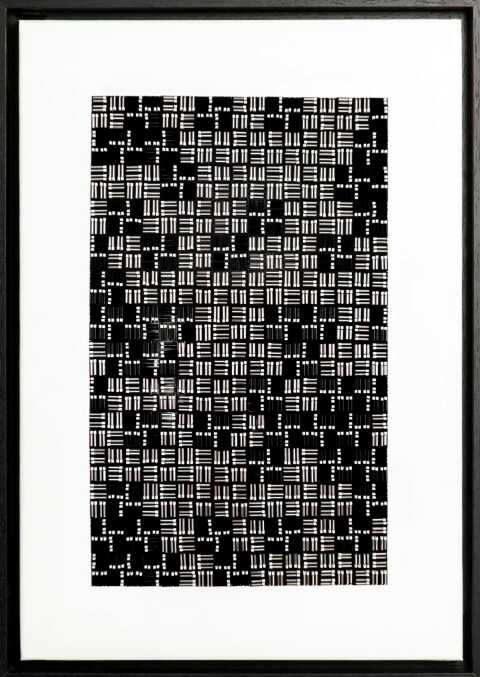 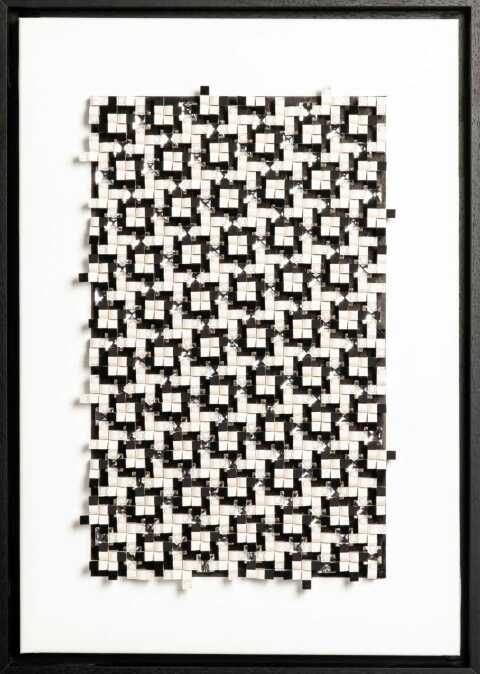 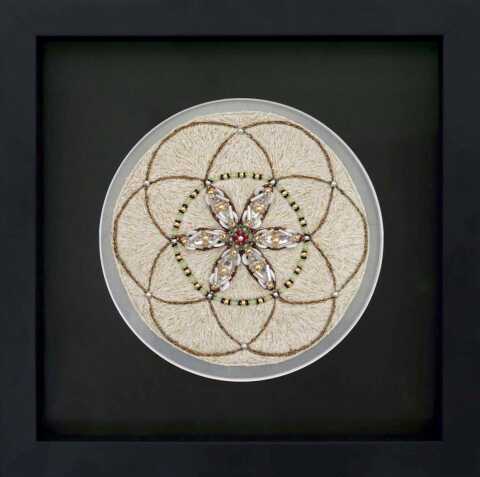 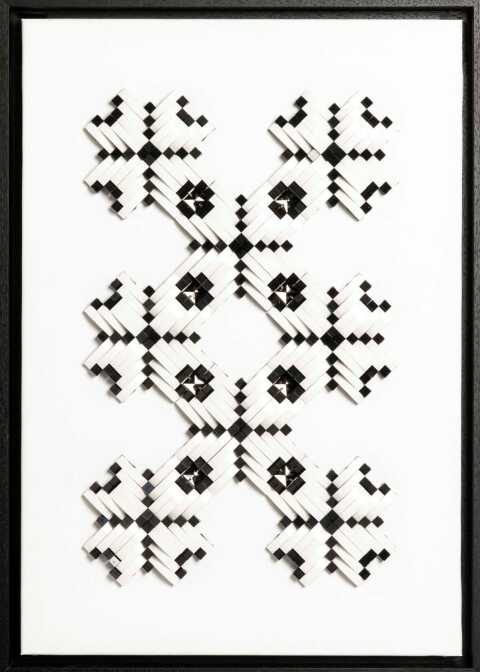 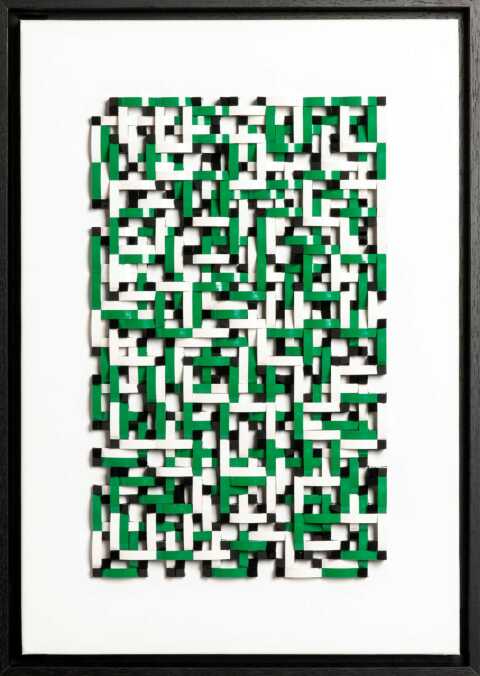 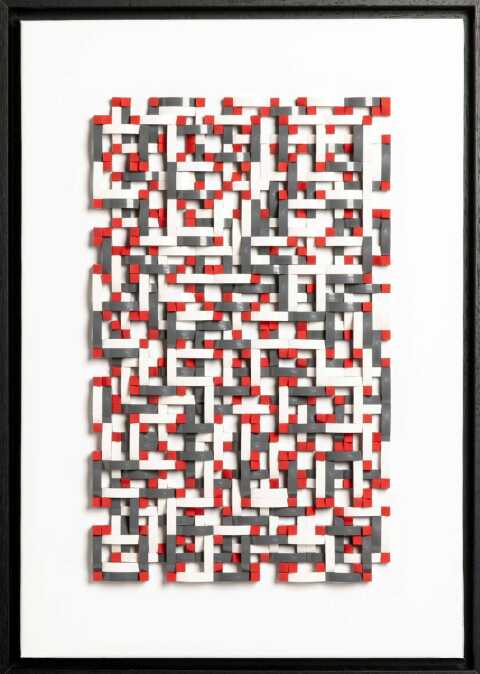 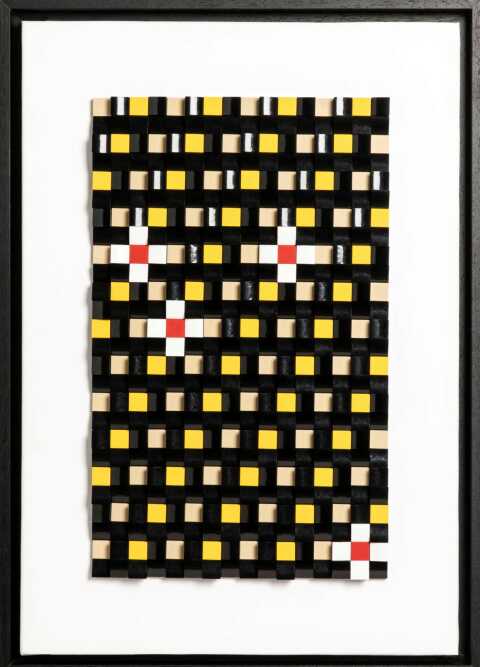 - Drawing and techniques of representation,