Graffiti artist based in Montpellier and inventor of the dynamic, colored and saturated "modules", it is at the beginning of the 90's, thanks to a meeting in high school, that Momies enters the universe of the old school graffiti. He started under the blaze of Pyre and joined the circle of the first graffiti artists of his city. A fan of "classic" graffiti, he travels several times to New York City, the mecca of graffiti, to meet "old school graffiti artists" and see what is being done on the other side of the Atlantic Ocean. In parallel to his travels, which enriched his art, he devoted himself to covering train cars with graffiti, a passion that would never leave him. In 1998, as he gradually moves away from traditional graffiti to get closer to the abstract, he joins the POW crew whose style is close to his own artistic evolution. Multiplying his travels in Europe and in the United States, these stays will specify the graphic imprint of Momies as we know it today. For a few years now, in order to invest more time in his creations, the artist has started to work in his studio and to exhibit his work in galleries, which does not prevent him from participating in many festivals and street art projects throughout France. What counts in his eyes? The monumental, to inscribe his works in their environment in a notion of respect and sharing and of course, the lettering in the form of abstract, abundant and round "modules". 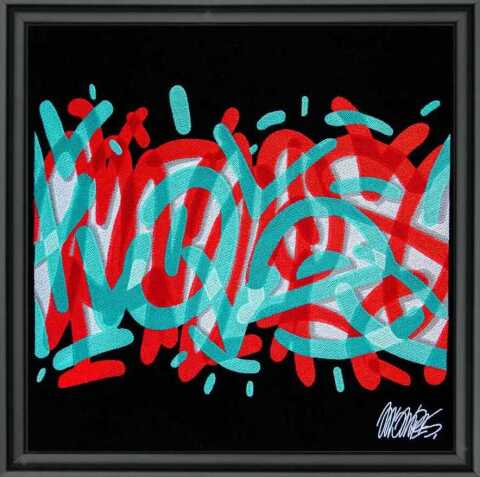 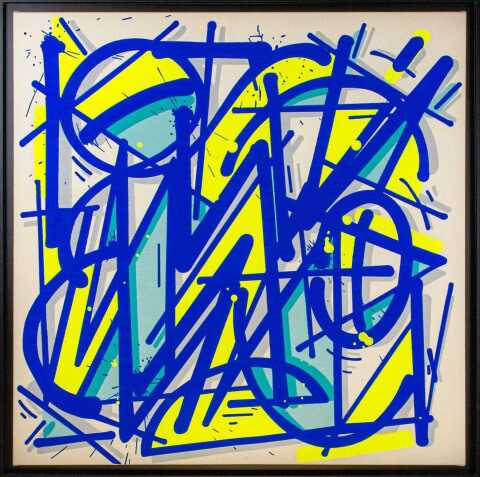 Beginning with a traditional graffiti it is during the years that he develops a more graphic side in his work, adapting perfectly to the style of the POW (Fode, Pang, Vania, Mire, ...), of which he integrates the crew in 1998.

Momies has been able to impose his signature through his creations by participating in numerous artistic projects in Montpellier (decoration of gymnasiums, cultural centers...) or in Paris (Stream with the Itinerrance gallery). He is regularly solicited for urban culture festivals (BOTY, Meeting Of Style, Street Art Fest! in Grenoble...) and exhibited in galleries (GCA Gallery in Paris, AG18 Urban Art Gallery in Vienna...).