Son of an engineer, Jérôme Mesnager studied at the Fénelon Sainte-Marie high school before entering the Boulle school in 1974 where he trained as a cabinetmaker and where he later taught. In 1979, he attended the comic strip classes of Yves Got and Georges Pichard, teachers at the Duperré School of Applied Arts.

In August 1981 in Avignon, he met Gérard Zlotykamien and assisted him in an artistic intervention in the Célestins church. This meeting will be decisive for the continuation of his career.

In 1982, he was one of the founders of Zig-Zag, a group of ten very young artists who decided to occupy the street by drawing graffiti and also to briefly occupy disused factories during an artistic performance.

On January 16, 1983, he invented the Man in White, "a symbol of light, strength and peace. This white silhouette, also known as the "White Body" or "White Man", has been reproduced by Jérôme Mesnager all over the world, from the walls of Paris to the Wall of China. "I make paintings and the canvas is the world," he says. 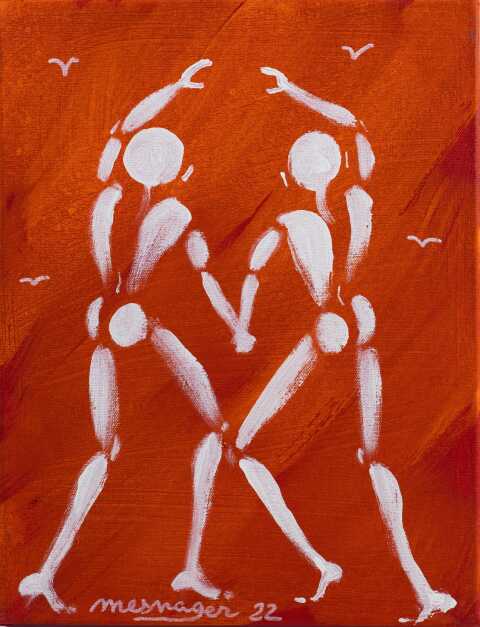 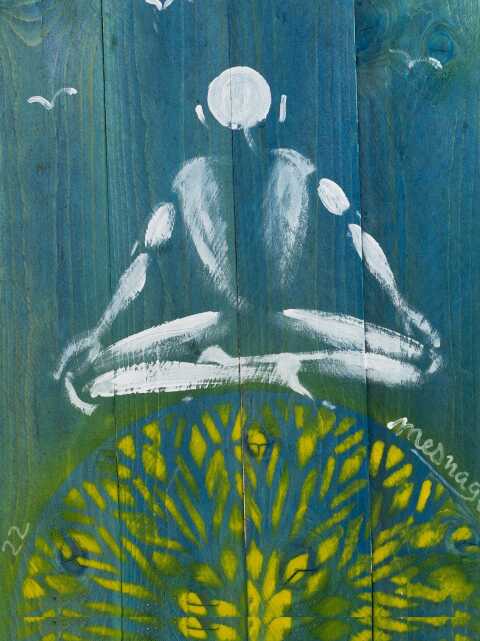 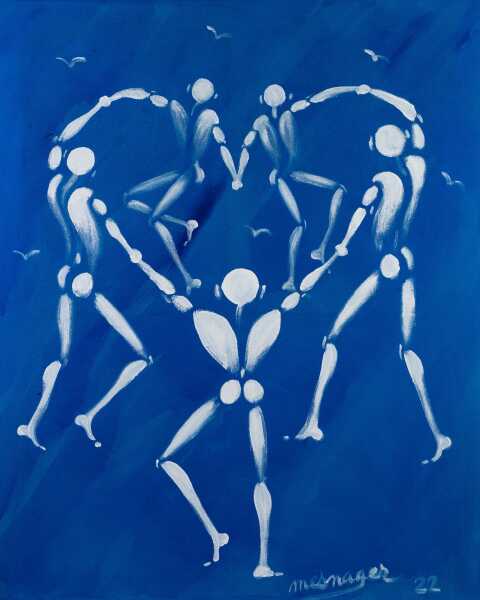 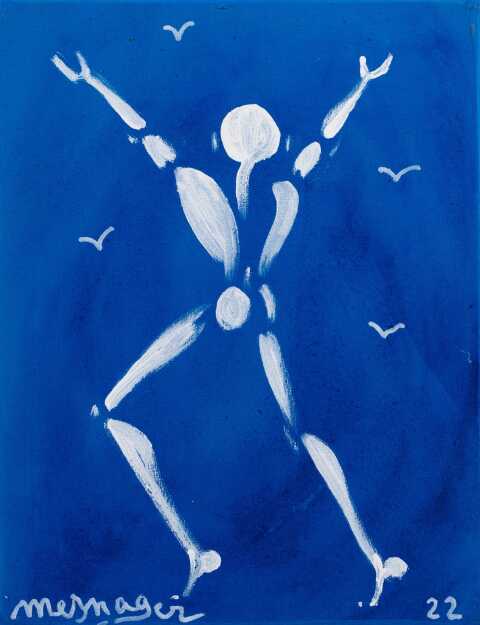 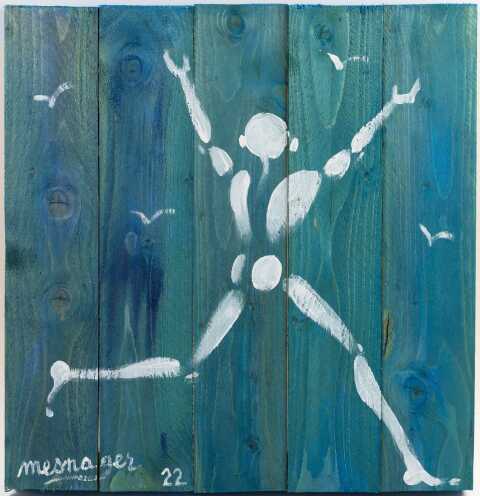 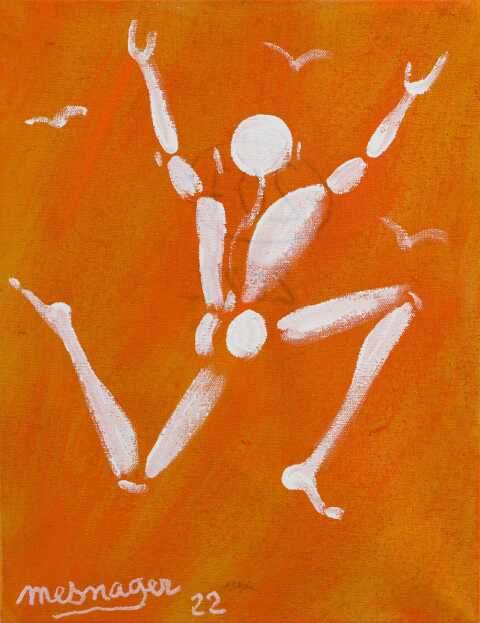 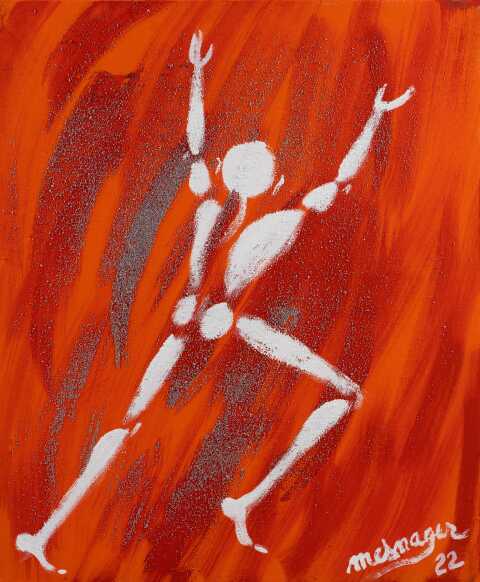 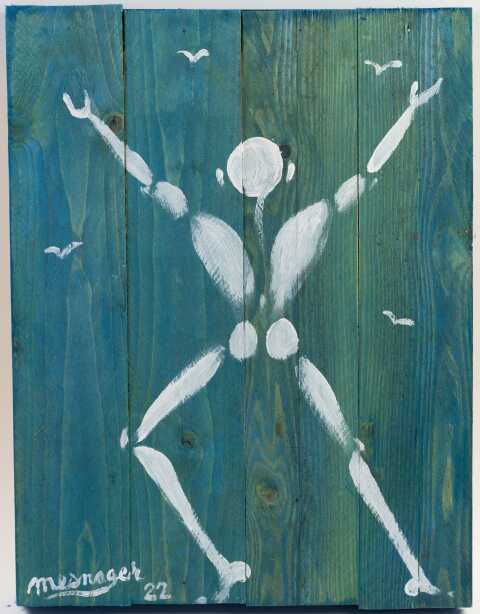 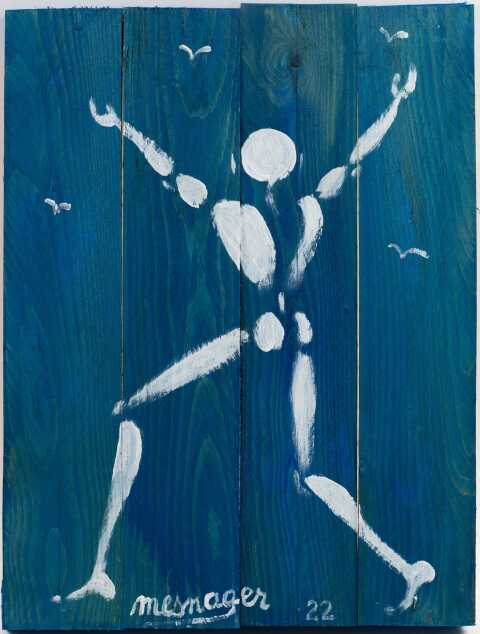 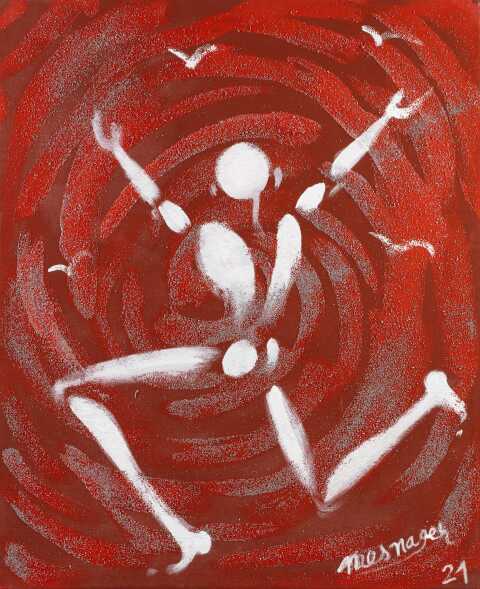 2006 Series of paintings inspired by Art Nouveau and Art Deco.

2005 Series of 36 paintings on the theme of the city. Exhibition "Urban Section" at the Espace des Blancs Manteaux in Paris with, among others, Mosko, Jef Aérosol, Speedy Graphito... Trip to Guyana where Mesnager paints in former prisons.

2000 Exhibitions in Strasbourg, Geneva (Switzerland) and New York with the group rue Ketanou for whom he illustrates the records. While the anti-tag campaign develops, Mesnager multiplies the Corps Blancs in the streets of Paris...

1999 Exhibition at the Loft Gallery in Paris of the series "Rêves". Numerous exhibitions in Barcelona (Spain), Venice (Italy), Stade de France in Paris. Painting on the disused Ile Seguin.

1997 Series "Trees" and on the theme of the street. Exhibition at the Galerie Khan in Strasbourg.

1992 Paintings on rusted metal sheets at the Loft Gallery

1991 "Hell and Heaven" at the Fein Gallery in Brussels

1989 Painted the windows of SEIBU in Tokyo

1987 Travels to China, Corps Blanc leaves his mark on the Great Wall and on the walls of Shanghai

1986 Mesnager teaches carpentry by day and explores underground quarries by night. First exhibition at the Loft Gallery. From 1984 to 1985 Numerous trips by Corps Blanc and series of paintings on the theme of travel.