Follow
Confirmed artist
Initially focused on the theme of time and space, Daniel BERKOVITCH’s work has gradually focused on taking into account man’s position in the face of his future, in the light of the new environmental issues that are emerging with force at the beginning of the 21st century

. The temporal component is evoked by the semi-transparent nature of the characters, and refers to the position of man who wishes and must preserve natural environments in the face of devouring

urbanization. in the same spirit, the series "Breis de glace" shows the glaciers of Patagonia that are breaking up and disintegrating under the effect of global warming, due to a hyper liberal world economy.
These islandis are compared to architectural or industrial geometric structures, evoking the over-urbanized world and our civilizational
choices, and the cold beauty of these landscapes is shattered by the consequences of new lifestyles that threaten this very beauty, and above all the balance of nature, even in the least inhabited parts of our planet
.it is an unusual look at these exceptional landscapes, where the questioning part overrides the dream initiated by these frozen splendours. The irrationality introduced by some structures is only apparent, because it only evokes certain aberrant behaviours in the face of natural and secular

equilibrium. technically, the canvases are treated with flat areas of colour in order to assert their power and contribute to the exposed subject. they come from personal images reworked to create complex stencils.
See more See less
My selection Clear all 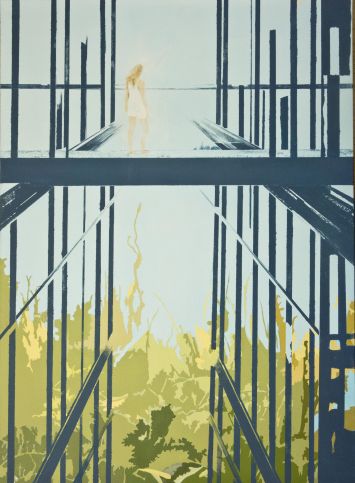 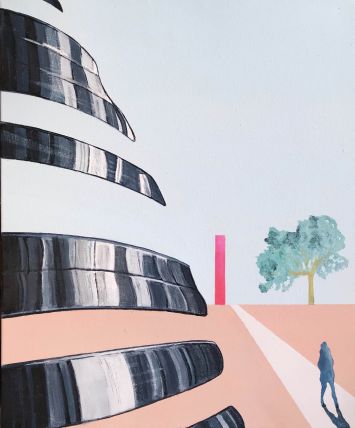 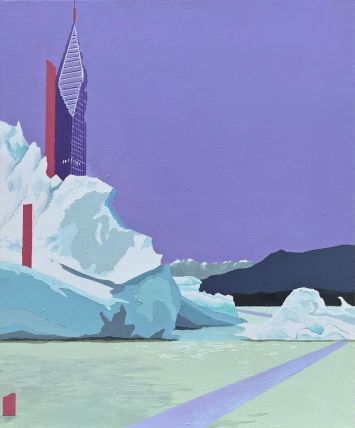 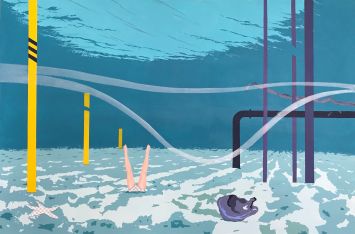 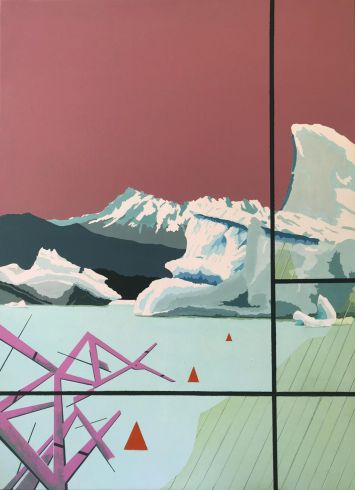 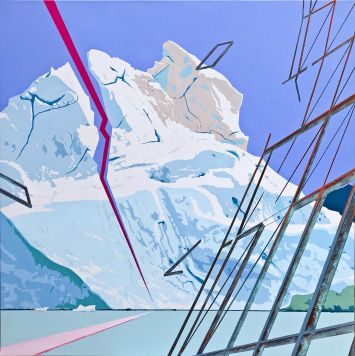 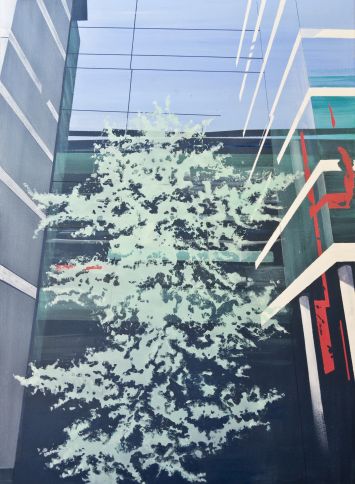 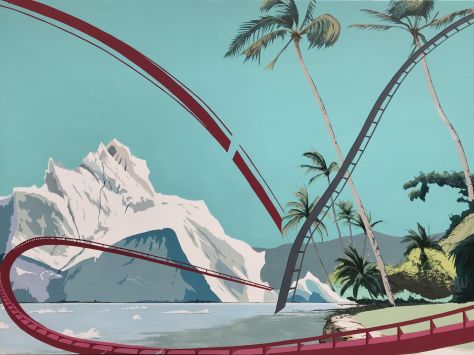 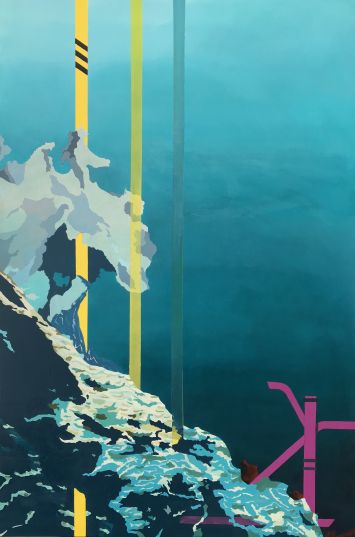 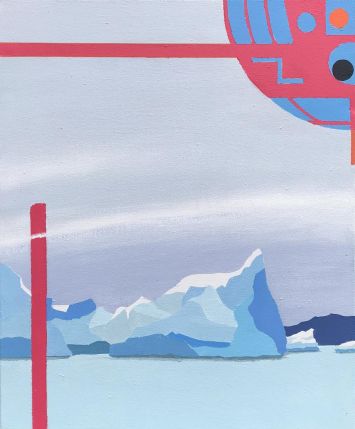 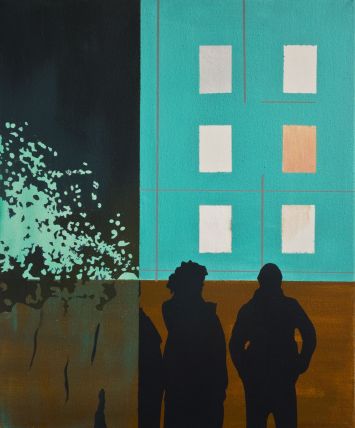 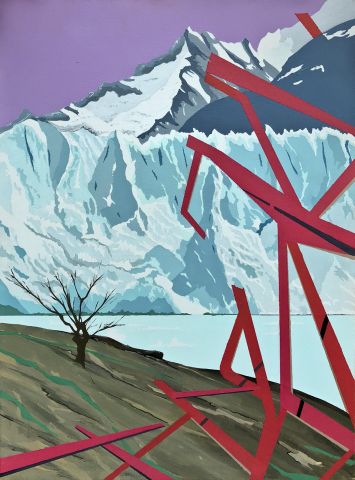 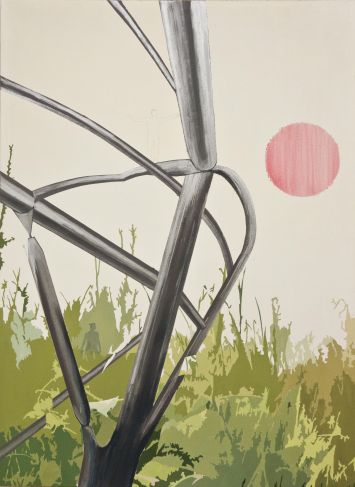 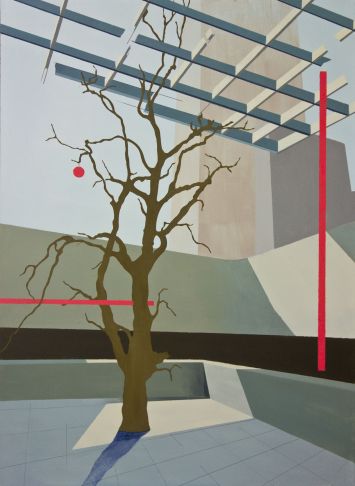 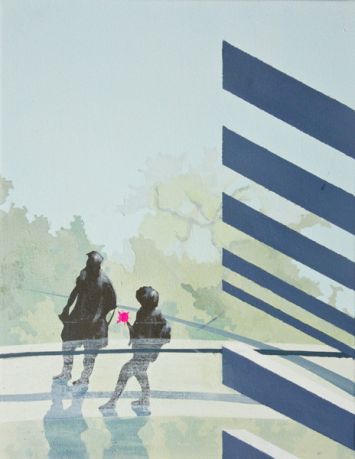 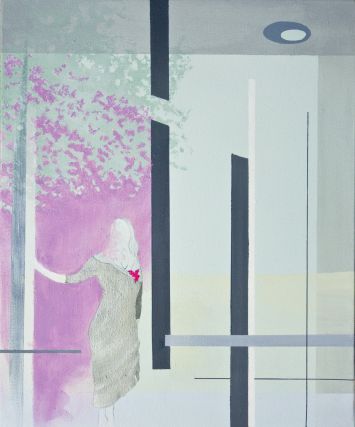 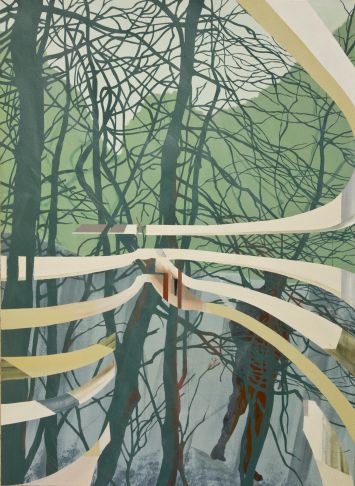 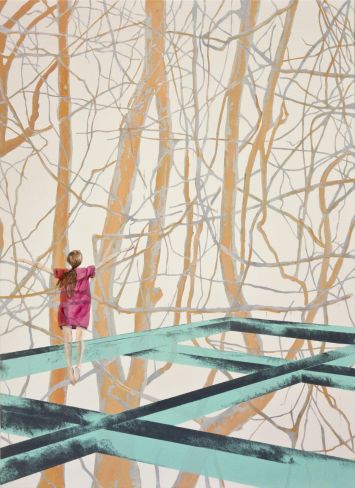 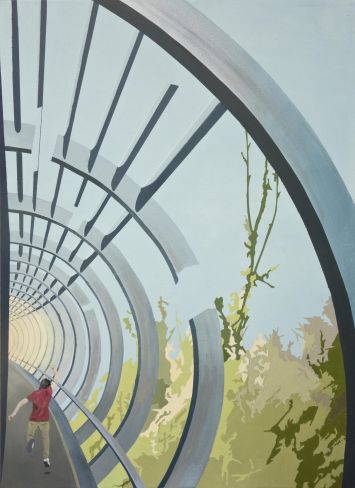 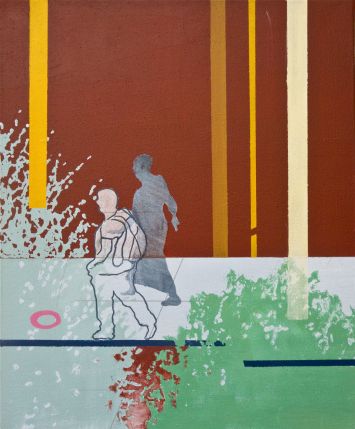 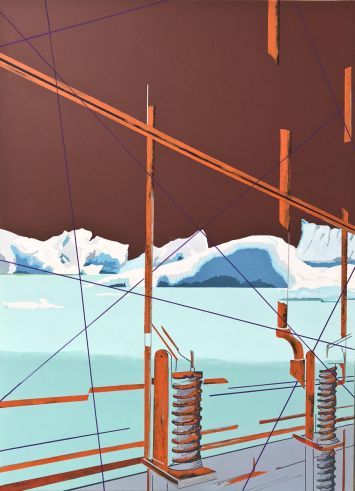 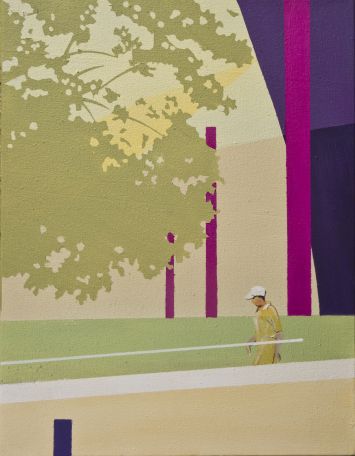 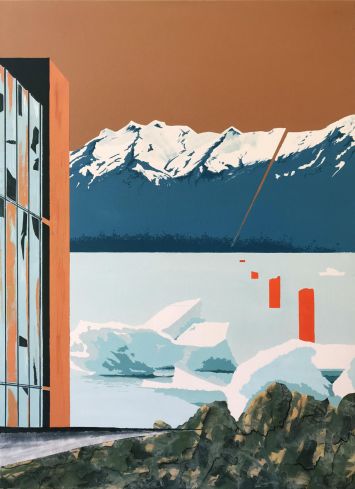 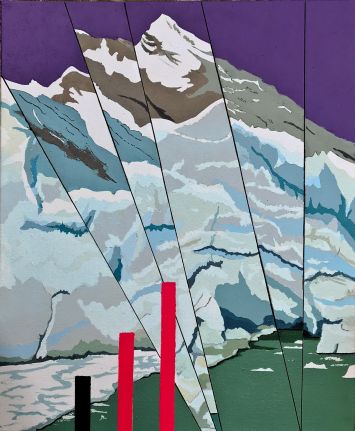 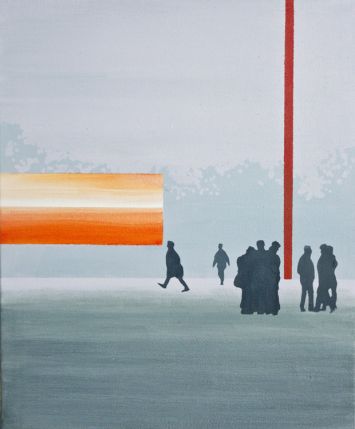 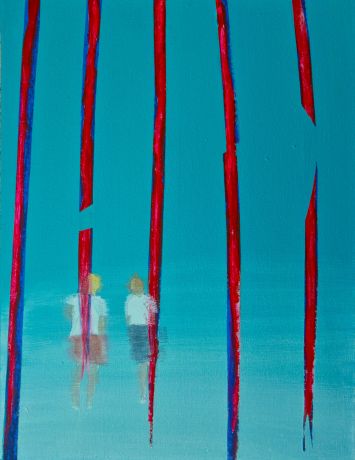 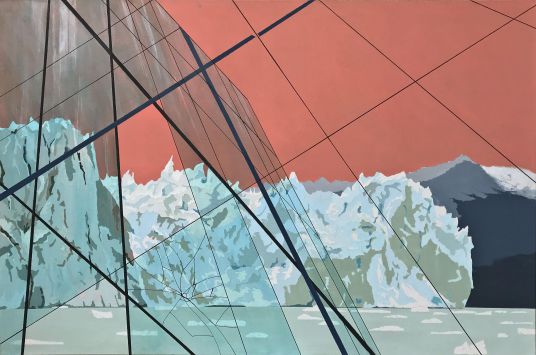