Born in 1962 in Loire-Atlantique, Geneviève Penloup, comic strip colorist and cartoonist (under the name of Gratien) stopped the comic strip in 2006 to devote herself to painting.
In Auvergne, she discovered a wild territory with extraordinary, exotic and fascinating forests. Concerned also about our ability to abuse trees and forests despite their proven importance. They have imposed themselves in his paintings, becoming imaginary landscapes in movement freed from the figurative.
His artistic approach plays on the epidermal relationship of forests to human beings. First habitat, protective, nourishing but also dangerous, it is a biotope older than man. She likes to imagine the countless detours and hiding places of the painting as a mirror of the many corners of our unconscious. His artistic practice is influenced by the Nabis, symbolists, comics and cartoons. Technically for the first step, she uses plant tools chosen in the forest and then works with pencils and brushes to tell a wonderful or cruel story, its story, your story. His constant concern for movement gives birth to a living, inhabited and mysterious, seductive or disturbing nature.
Losing yourself, dreaming, being afraid at night of noises, fears, blows to the heart, hiding, waiting... and finding the light are the emotions you are looking for. 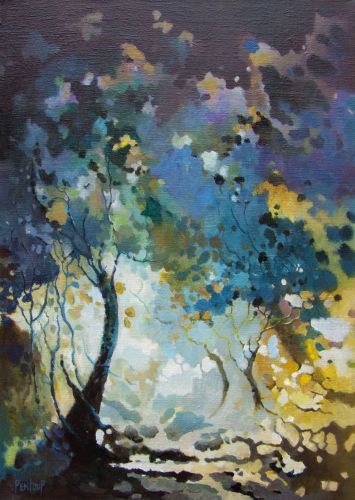 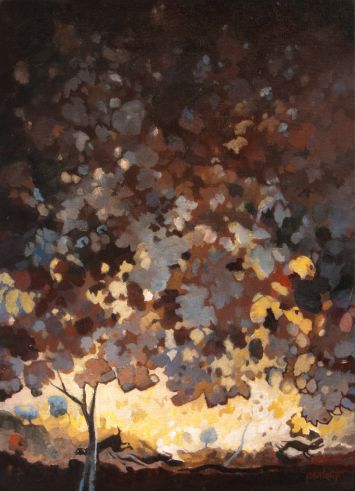 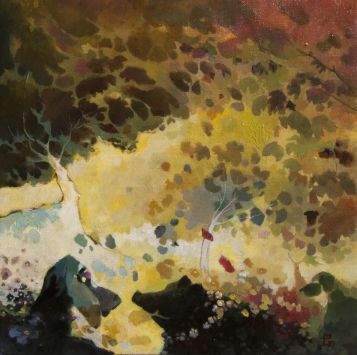 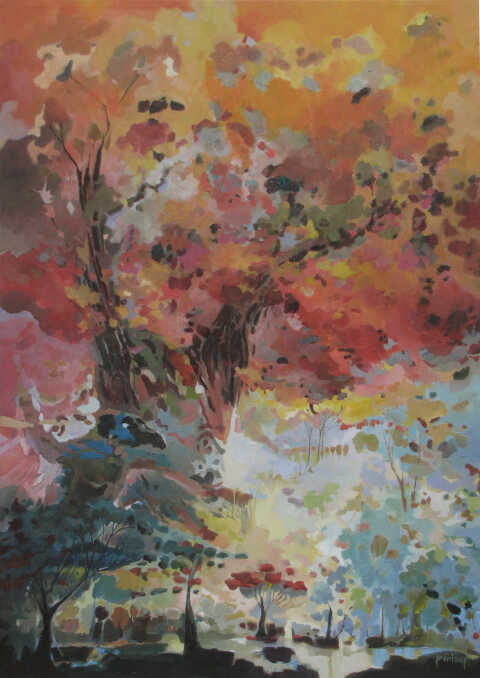 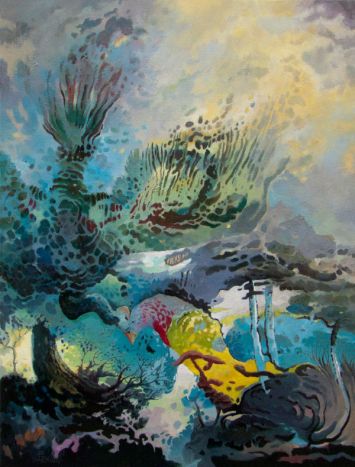 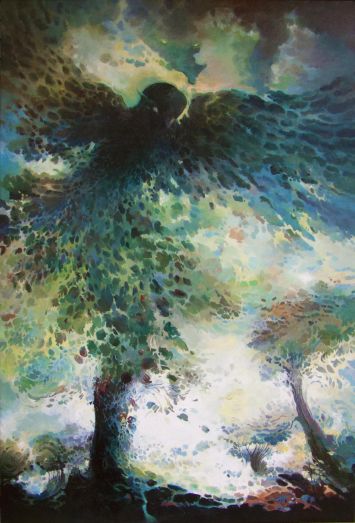 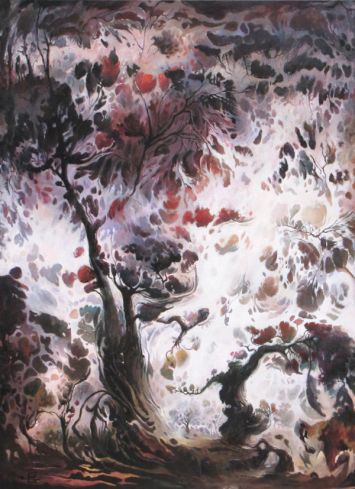 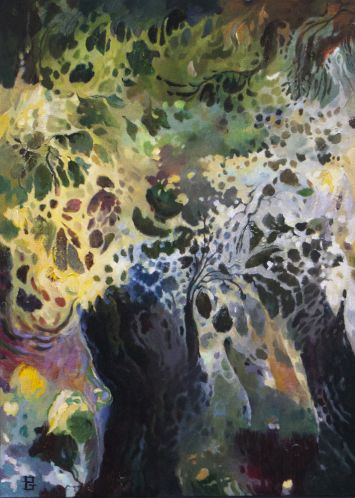 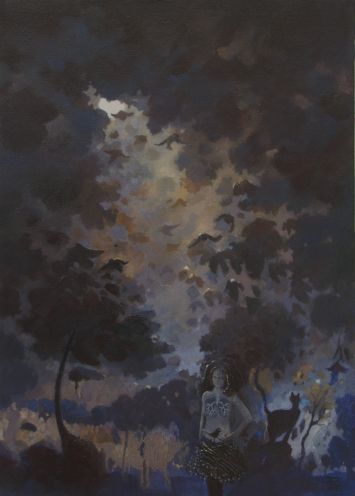 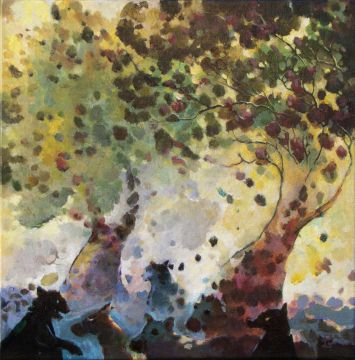 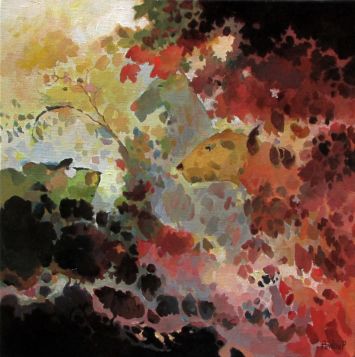 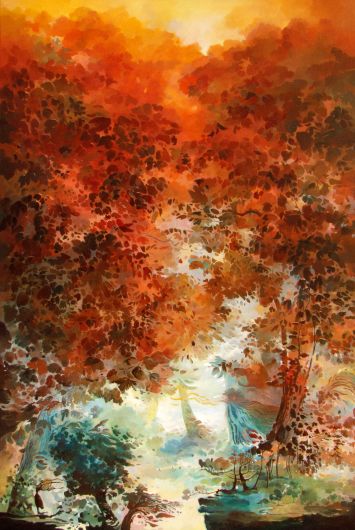